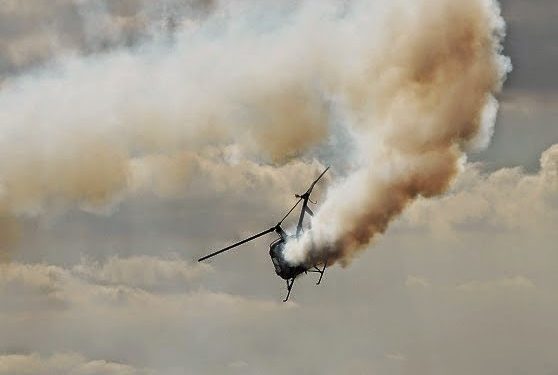 On the way back from a regular training mission, a military helicopter belonging to Niger crashed, leaving three persons reported dead.

When the Russian-built Mi-17 crashed upon arrival at a military installation at Niamey airport, the accident took place.

The helicopter crashed while landing at an airfield in the nation’s capital Niamey on Monday, December 26, killing all three passengers, including an instructor from abroad, according to the defence ministry of the country.

Despite efforts by rescue personnel to douse the flames, “unfortunately, all three crewmembers – a Nigerien officer and NCO and an expatriate instructor – died immediately,” it added in a statement.

A panel of inquiry has reportedly been established to ascertain the accident’s cause, according to Reuters.

In response to Islamist insurgencies in the southwest and southeast of the nation, Niger recently committed to strengthening its military.

The United States and France, both of which have significant air bases in Niger, as well as Belgium, Italy, and Germany are providing training and logistical support to the nation.

Separately on Monday, the defence ministry reported that “25 terrorists” were killed last week “from an air strike” in Tillaberi’s western sector.