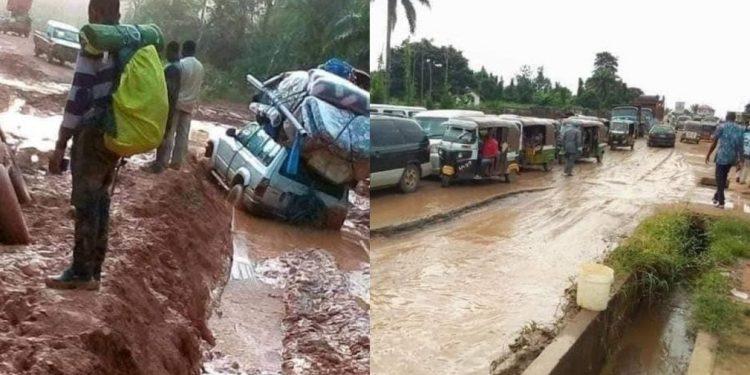 For commuters, the Umuahia-Ikot Ekpene road continues to be a nightmare.

According to BROOMHOME, the poor road has caused many houses in Abia, Akwa-Ibom States, and elsewhere to lose cherished family members and friends in terrible traffic accidents.

Worst affected are taxi drivers, who regularly transport people from and to Umuahia, the capital of Abia State, to Akwa Ibom and Cross River States.

They had a lot of trouble getting on the crumbling road.

Late last year, a trailer driver ran over and killed Miss Chidinma Ogbonna, a final-year student of the Department of Fisheries and Aquatic Resources Management at Michael Okpara University of Agriculture Umudike in Abia State. The occurrence caused the administration and all of the students at the federal institution to experience grief, suffering, and anguish.

Similar horrific catastrophes that happened at various points of the road earlier, before the unfortunate death of Chidinma, also prompted protests from university students.

All entrance points for commuters to the hazardous road were blocked by the students.

The administration of the Michael Okpara University of Agriculture in Umudike, Abia State, has also voiced its concern about the condition of the road.

The management was quoted as saying, “For the past few weeks, the VC through his SA on Projects, Engr. Richard Onyeaso, invited the local FERMA on an inspection of the bad spots, took pictorial evidence, and prepared a strong appeal letter to FERMA,” in a release by Mrs. Adanma Odefa, the university’s public relations officer (PRO).

“The VC physically delivered these papers to the FERMA office in Abuja to make additional physical pleas. He received formal approval for the start of palliative work on the route as a result of his efforts.

Additionally, Hon. Sam Onuigbo, who represents the Ikwuano/Umuahia federal seat in the House of Representatives, said he was concerned about the suffering the residents were experiencing on the terrible road.

However, despite the Federal Executive Council, headed over by President Muhammadu Buhari, giving the much-discussed consent some months ago, critics have expressed displeasure that full rebuilding work has yet to start on the federal route.

The chairman of the House of Representatives committee on climate change, Hon. Sam Onuigbo, insisted that reconstruction work had already started in a phone conversation with our correspondent on Thursday.

He vehemently denounced the covert and organized efforts made by some individuals to spread untruths about the condition of the roads.

To encourage me to ignore the efforts of those who would rather sell lies for easy money than accurately inform the public, he said in part, “Thankfully, a few folks who stand for the truth undertook to go through the road and give me with videos of the current situation of the road.

“This road has become a target for some people’s cheap and silly insults, even though it is not solely my responsibility because I am not the only government official who has jurisdiction over it. I accept everything with grace and continue to do my duty by putting forth constant effort for the welfare of my people. It sometimes feels like I am the only one being held accountable as a leader. This motivates me to work even harder, but there are moments when I wish our people could hold other leaders as accountable as they attempt to hold me.

READ ALSO:  Soludo says that all of the gunmen who were caught in Anambra are Igbo

On Thursday, a cross-section of Abia residents complained that the route had turned into a death trap for drivers.

In a BROMHOME interview, Mr. Ebuka Mbanaso, a public servant in Abia, urged the government and the contractors to expedite the road reconstruction work in order to stop the anguish, sorrow, and misery that many families have experienced due to the death of cherished members.

Mbanaso further bemoaned the fact that because of potholes or brake failure, students at the Michael Okpara University of Agriculture in Umudike, Abia State, were frequently run over by moving automobiles.

Additionally speaking, Madam Chiamaka Nzomuche, the owner of a grocery store, pleaded with the government to expedite construction on the road, stating that “The completion of the restoration work will preserve our lives and properties.” 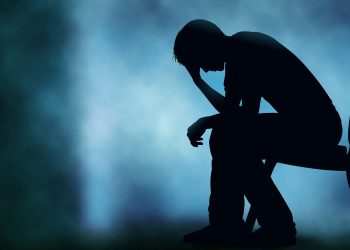 I'm prepared for both peace and conflict. In response to the military barrage, Bello Truji