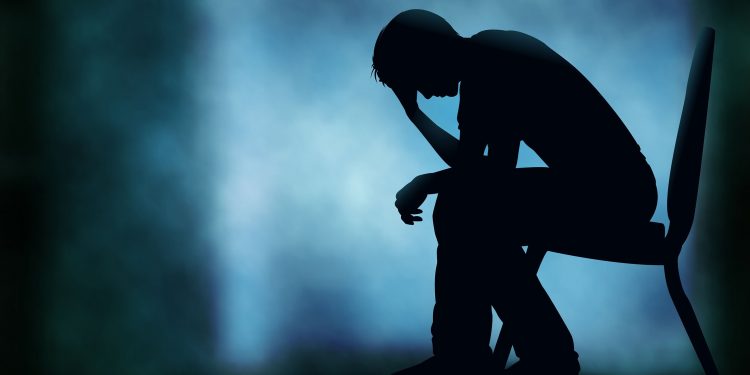 As anticipated, Nigeria observed World Suicide Prevention Day on September 10 along with other nations. Investigations have revealed that there has been an increase in suicide in the past year, particularly among young people.

A mixed tendency of successful and unsuccessful suicide attempts has also been seen. BROOMHOME recorded two suicide cases within the previous week. In one incident, a student from Kebbi State was involved, while in another, a father from Imo State committed himself.

Dr. Okwudili Obayi, a consultant psychiatrist at the Alex Ekwueme Federal University Teaching Hospital in Abakaliki and national publicity secretary for the Association of Psychiatrists in Nigeria, spoke with BROOMHOME in a media interview. He covered a wide range of topics related to suicide and mental health.

It was noted that suicide rates were high during and after Nigeria’s economic slump in 2015 and 2016, and this is understandable given that difficult times tend to make people less cheerful, more stressed out, and more concerned about coping. Numerous mental health issues will result from this, and the anxieties that accompany them include people being melancholy, becoming nervous about how they will survive, what will happen the next day, and similar issues.

When there is economic difficulty, it is a complicated situation. We are aware that wages do not vary for people who are employed, but regardless of your income, whether you are employed or a trader, what N10,000 might buy today could not have been possible five years ago.

Therefore, it is inevitable that if someone becomes ill and needs to go to the hospital, they may consider: If he goes to the hospital now, with the little money I have, how can I manage? Due to financial difficulties, he may decide not to visit the hospital when he should or, even if he does, he may fail to follow all of the necessary instructions. In addition, the physical ailment may end up influencing his psyche and cause mental issues. A person with diabetes and hypertension needs to go in for checkups on a regular basis and follow the doctors’ recommendations. But doing so costs money. Where he is unable to do it, there is an issue. That’s one approach.

On the other side, he added, “People are fleeing the nation as a result of economic difficulties. Medical specialists are emigrating from the country. Doctors, nurses, and other employees are looking for jobs elsewhere with more stable economies. What effect is there? The impact is on the few available health professionals; as I previously mentioned, I was sitting down from 9 am until 11.30 pm yesterday and continued this morning simply because there aren’t many people. Thus, it will impact the employee’s physical and emotional well-being. Due to the lack of available personnel, it will also have an impact on the patient who arrived at the hospital after not receiving care.

As a result, a number of factors are present, including economic instability. It has a negative impact on a variety of factors, including increased crime, terrorism, subpar work output, and the mentality of a man. Anyone who witnesses terrorism will experience mental health issues like anxiety, depression, and other things.

Nigerian Association of Psychiatrists and the mental health bill

The expert stated, “We have presented some arguments that the statute shouldn’t be left in its current state. The current problem in Nigeria has been the mental health law. Our current legal framework dates back to the early 1970s, a time when the world was changing. The legislation needs to be changed first. Numerous items are missing. Given what is going on in Nigeria, it has been difficult for us to pass the new bill. We are putting out a measure that will help everyone, not just psychiatrists or other health professionals in general. However, members of the National Assembly would appreciate your lobbying efforts before the bill is passed. The legislation, nevertheless, has an impact on members of the National Assembly.

If a parliamentarian shoots a mentally ill person who approaches him in his village and breaks his car’s windscreen, he has committed murder. Everyone is therefore involved. Government is aware of it, but is it directly addressing it? The answer is no. The government is generally aware, but it hasn’t taken many actions yet.

“A lot of events took place on September 10, which was World Mental Health Day on Suicide. I took part in giving a public talk, and many of our coworkers did the same on radio, TV, and other platforms. And that makes the government, other people, and every other stakeholder aware of it.

Some people can claim that the government is trying, but how much is it really doing? Although it is aware, the government is not doing enough. It’s not simply related to suicide; it’s also partly connected to how the law is now written. We need the public’s assistance, thus the media and the government should assist. Let the mental health measure pass first, and then we’ll discuss it.

“What actions is the government taking right now?” Well, to start with, it is against the law in this nation for anyone to attempt suicide. However, we have made an effort to inform people that it is not sufficient to remark that someone tried suicide and failed to finish it; rather, we must emphasize that they have committed a crime.

What steps is the government doing to determine the motive behind the suicide attempt? Suicide is not something that a normal person can undertake, yet at the time, many may feel that it is their only viable option. Numerous factors have a role, and the government should intervene to address these factors.

The government can also assist by addressing these variables that affect mental health in an indirect manner, which is crucial. I just did an operation on a patient who had surgery; the patient has a condition that she believes she may not recover from, and the surgeon who performed the surgery invited me because she believes it would be better to terminate everything.

Therefore, the government can intervene in several ways by enhancing the systems that ensure people have access to healthcare, ensuring early detection since, as we all know, prevention is preferable to treatment. Every aspect of human life should be enhanced. By focusing on preventing the circumstances that lead to suicide, it should be able to do more. Other than the government, people and organizations ought to contribute as well.