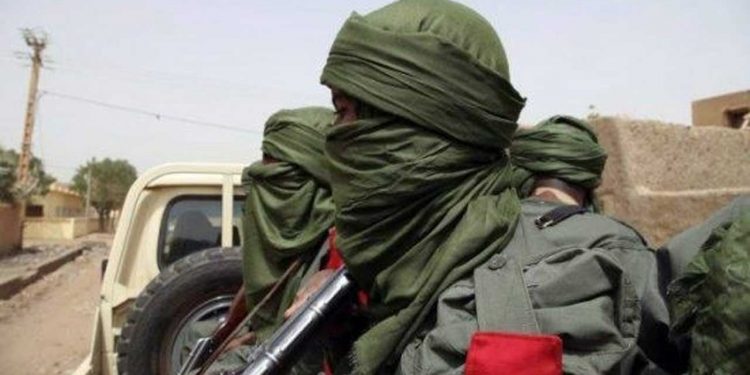 In contrast to past election years, the 2023 election campaign may be tainted by the antics of the ruthless bandits and unidentified gunmen who have been terrorizing the nation’s unaware population.

The Independent National Electoral Commission, or INEC, had set September 28 as the start of the 2023 election campaign, as BroomHome recalled.

However, the security situation that is roiling the entire country may ruin campaign efforts in a number of States, particularly in the Northern and Southeastern regions.

The daredevil unidentified gunmen still pose a serious threat to peaceful gatherings in the Southeast even as the Boko Haram insurgents and the Islamic State of the West African Province, ISWAP, fighters continue to wreak havoc in the North.

In the wake of the Indigenous People of Biafra, or IPOB, being outlawed for agitating for secession, BROOMHOME recounts that numerous government buildings that belonged to the electoral body had been attacked and demolished by unidentified gunmen. The IPOB, meanwhile, continues to distance itself from the actions of the unidentified shooters.

According to INEC, armed non-State actors have attacked roughly 41 of the commission’s offices in Nigeria during the previous two years and destroyed numerous buildings.

The attacks took place between February 2019 and May 2021 in 14 States, according to data that the commission just disclosed.

The Southeast, in particular Imo State, led the list of countries with the most attacks throughout the examined time.

Mahmud Yakubu, the chairman of INEC, stated that these attacks were the consequence of election-related violence, protests unrelated to the elections, and the actions of thugs and unidentified gunmen.

Similar to this, as the nation gets ready for the general elections of 2023, terrorist organizations, including armed bandits, have threatened a battle with politicians.

Less than a month prior, BROOMHOME had reported that politicians in Taraba State were in a panic after being warned by bandits not to engage in any political activity.

Musa Abdullahi Chul, the chairman of the Gassol Local Government Area, who acknowledged the danger, stated that several regions of the local government had been designated as “no go areas,” highlighting the fact that the bandits have evicted inhabitants and seized their possessions.

READ ALSO:  #Dehumanisation: Another Case for Arts and Humanities

He acknowledged that local politicians, in particular, had been threatened and warned that “the acts of these bandits have taken another dimension.”

He claimed, “They constantly threatened us, and now they claim that they are waiting for political campaigns to start so that they might kidnap some of the candidates for the 2023 election in order to make quick and large sums of money.”

A leader of the All Progressives Congress, APC, in Abuja, John Akpehe, advised lawmakers from endangering the lives of constituents during the campaign in an interview with the BroomHome on Saturday.

He claimed, “We have observed countless instances where politicians have been attacked, and we have learned that nothing ever happens to the politicians; instead, it is always the common Nigerians who end up suffering.”

“Therefore, I’m pleading with all candidates to prioritize the lives of Nigerians. There is no reason to conduct a protest in a location where you are aware that an attack is likely to occur.

T. Patric Moha, a human rights activist, has expressed concern that more kidnappings and ritual killings may occur as a result of the upcoming elections.

“All I’ll say is that everybody should just be careful,” he stated. We are all familiar with the way politics operate in this region of the world. It is primarily a spiritual conflict, with numerous sacrifices.

“You’ll soon start hearing how individuals, particularly children, are going missing in enigmatic ways all over the place. Therefore, everyone should be cautious and “don’t allow anybody use you.”

The Force Public Relations Officer, Muyiwa Adejobi, was unavailable when BROOMHOME attempted to contact him for comment on the Nigeria Police Force’s readiness for electioneering activities.