Polytechnic professors object to colleagues being detained by the EFCC 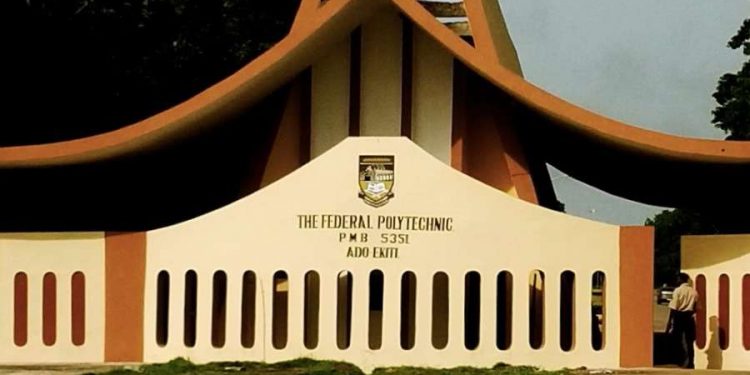 The Federal Polytechnic Ado-Ekiti chapter of the Academic Staff Union of Polytechnic took to the streets to protest what they deemed to be the unlawful imprisonment of their colleagues by the Economic Financial Crimes Commission (EFCC) and the Independent Corrupt Practices Commission (ICPC).

The academics who were offended carried placards with a variety of inscriptions.

As a result of a petition received from some individuals regarding some transactions in the institution, some ASUP members were invited to the offices of the anti-graft authorities in Ilorin and Akure in Ondo State. This is when trouble began.

The affected teachers were invited by the EFCC through the office of the rector, but they arrived in Ilorin only to be arrested and questioned in relation to a warning they had received from the school a few months earlier.

The union said that the accusations made against their members were untrue, without merit, and that they had no knowledge of the situation.

READ ALSO:  The reason for the EFCC's attendance in Justice Mbaba's Kano home is given

During the protest in Ado-Ekiti, Dr. Emmanuel Obafemi Abunbi, Chairman of the Academic Staff Union of Polytechnic, Federal Polytechnic, Ado-Ekiti chapter, voiced concern over the situation and urged the administration to take action.

“The money was paid as undeserved promotion arrears, which they refunded to the management’s designated account in accordance with the instructions given because they weren’t yet due.

They didn’t apply, and because it was repaid, calling it criminal now is going too far, says the EFCC.

We acknowledge that one of the EFCC’s primary responsibilities is to look into financial crimes such as advance fee fraud, money laundering, forgery, and unauthorized charge transfers, but we are dissatisfied with this particular action, thus the protest to air our complaints.

The ASUP chairman stated that he wants the EFCC to know that its members are law-abiding individuals and that he will support any efforts to uncover fraud, but that does not entail subjecting members to unjustified indignities.

The money is no longer in our custody, and we want the management to explain to the EFCC that we are unaware of these transactions.

One of the instructors, Mr. Samuel Abereola, the Head of Marketing Department at Federal Poly Ado-Ekiti, described his experience with the anti-graft agency and claimed that he was treated unfairly.

Prince Adeyemi Adejolu, the director of protocols, information, and public relations at Federal Polytechnic, Ado-Ekiti, responded to the accusations by asserting that the petitioners were unknown to the administration of the school.

He stated, “It’s true that some anonymous individuals posing as worried former students of our university sent a petition to the security agencies, specifically the anti-graft agencies, that is, EFCC and ICPC, which received the petition.

“They demanded an investigation into what is taking on at the institution, so the EFCC wrote seeking documents. Since we had to comply because the matter was still legal, we gave them the list of transactions, and at the end of the day, certain staff members were invited.

They claim that several employees conspired with management to use the institution’s resources as conduit pipes for their theft.

Adejolu maintained that the investigation is not just focusing on lecturers because the Rector met with the entire staff to discuss the issue.

Buhari makes requests of the commercial sector about humanitarian issues

Buhari makes requests of the commercial sector about humanitarian issues