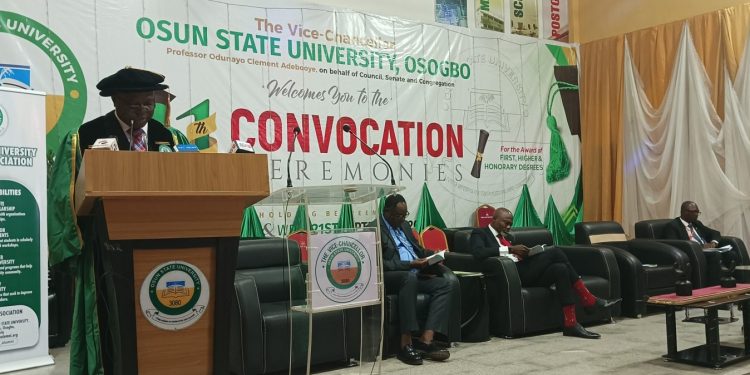 Mallam Yusuf Ali, SAN, the pro-chancellor of Osun State University (UNIOSUN), has requested that the Nigerian government evaluate the pay of teachers throughout the nation in order to take rising inflation into account.

Ali urged traditional leaders to ask the Nigerian government to raise the pay of academics in the nation during his speech at the 11th convocation ceremony of UNIOSUN at Olagunsoye Oyinlola Auditorium. He described traditional rulers as the father of the nation.

He claims that the government hasn’t increased professors’ pay in nearly 15 years, despite the nation’s rising market inflation.

In his own words: “Lecturers shop in the same markets as everyone else. Meanwhile, it has been almost 15 years since their earnings last increased. It is clear that our educational system is going through Tsunami-like changes, but sadly in a bad way.

“It is past time that compensation for university employees were evaluated higher to reflect the realities of inflation in order to address the issue of ongoing strikes by various unions in institutions. Moving forward, we should implement a system of automated salary adjustments, within a predetermined time frame, say, two to three years, to handle economic inflationary trends, as it does elsewhere.

In his remarks earlier, the university’s vice chancellor, professor Odunayo Adebooye, remarked that the school, now in its 16th year of operation, has maintained a high level of academic standing and attracted partnerships and international collaborations.

He said, “In our sixteen years of existence, we have continued to rise in academic stature, attract worldwide alliances and collaborations, and carry on in our effort to construct a genuinely world-class University, just as our founding fathers had dreamed.

“I must thank all former vice chancellors of this university, whose lasting contributions to leadership will never be forgotten. Osun State University had a great leap in its academic, personnel, and infrastructure development over the past five years. During that time, UNIOSUN became known as a university with a culture of financial honesty, academic excellence, and worldwide relevance, he said.