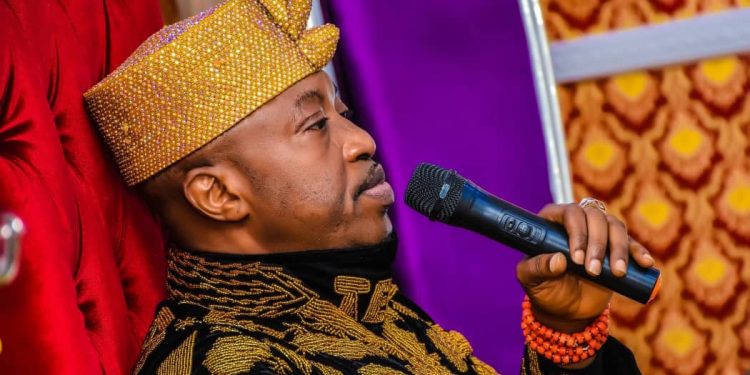 Politicians have been urged by the Oluwo of Iwo, Oba Abdulrosheed Adewale Akanbi, to quit politicizing development since it might be very detrimental to the State’s economy.

Additionally, Oba Akanbi persuaded the Osun State authorities to promptly begin the road’s reconstruction from Osogbo to Iwo to Ibadan.

In a press statement on Tuesday that was signed by Alli Ibraheem, the Oluwo of Iwo, Oba Abdulrosheed Adewale Akanbi, made this request and referred to the road as the “livewire” of the Osun State road network.

The king continued by saying that the route is crucial to the revival of bilateral and commercial ties between Osun and Oyo States.

“In terms of road networks, the Osogbo-Iwo-Ibadan road is the economic lifeline of Osun State and, in particular, the Osun West Senatorial District. The only straight route connecting Lagos, Ibadan, and Osun State is that one. It has a significant economic advantage for Nigeria and the surrounding region.

He pointed out that the road’s renovation will significantly improve the condition of travellers and strengthen the US economy.

“No patriot of the two states will view such an enormously beneficial undertaking as being wasteful.

Because they have no other options, some traders have chosen to avoid Osun State due to the poor condition of the Osogbo-Iwo-Ibadan road network.

“The Osogbo-Iwo-Ibadan road is essential to enhancing Osun’s economic and commercial ties with other states. The Osun Patriots ought to look past politics. Stop politicizing development, please.

“Every terrible road is a hideout for criminals. Numerous accidents are being caused by the state of the road. I am aware that it is finally time for folks to grin on this street. Government should operate quickly. I can’t wait to witness my folks grinning. Put a grin on our faces, Oyetola.