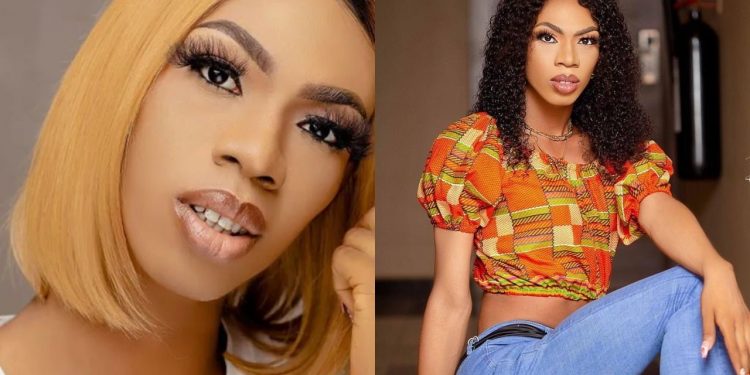 Many social media users are baffled by the recent admission made by well-known Nigerian crossdresser James Chukwueze Obialor, also known as James Brown.

James Brown had admitted that he does have a girlfriend in an interview on a podcast.

The self-described “Queen of Africa” explained that getting a girlfriend was a “new development” that occurred during his time in the UK.

“I don’t just do it when I’m anxious; sometimes I wear my hair and outfits all day. I’m just more girly right now, but the reality is that my sexuality hasn’t changed as a result of my lifestyle because I still have a partner,” he remarked.

As he declined to elaborate on the specifics of his most recent connection, he added that this is the first time he has been in a passionate relationship with a woman.

Some of the responses are listed below:

@ItsekirisDora: “I’m not sure if it’s him or her.

“He’s now a she?” tweeted @Blackwell04. She must then be a lesbian, I suppose.

I'm not depressed; I've learned my lesson, according to BBNaija - Beauty