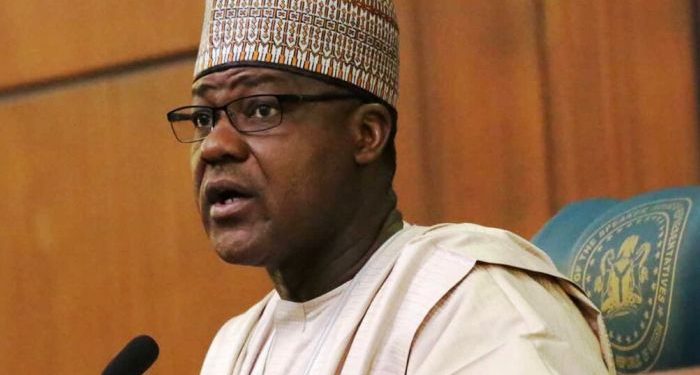 Yakubu Dogara, the former Speaker of the House of Representatives, has told Christians in the country not to waste their votes in the upcoming 2023 elections.

He said that the ruling All Progressives Congress (APCchoice )’s of a presidential and vice-presidential ticket from the same faith goes against Nigeria’s goal of building a strong nation.

On Tuesday, Dogara spoke at a meeting called “Meet the Church,” which was put on by the Nigerian National Christians Coalition (NNCC) with the theme “The role of the Church in Nation Building.” He said that every Christian knows that God doesn’t like waste, so it would be unchristian for the church to throw away anything that God gives them.

He said that the APC didn’t listen to the warnings of the Christian Association of Nigeria (CAN), the Catholic Secretariat, the ECWA church, and many other Christian groups when it adopted the same faith ticket, which went against the basics of building a nation, like having a shared identity, values, and vision.

READ ALSO:  Nigeria at 62: The FG outlines the celebration schedule on the country's independence day

“The APC ran on the same religious platform in a country that has never been a country.

The APC presidential candidate not only ignored these warnings, but also brushed them off in one fell swoop. He “strangely believes that he can build a strong, secure, and viable nation-state without first creating a shared identity, vision, and values for our people, allowing us to move from being citizens of a country to being a nation of people with strong shared identity and values.”

“In their complicated talk, they have put building a state ahead of building a nation. This is something that has never been done before in history, and we don’t need a prophet to tell us that this will end in a spectacular failure. No civilization has ever been built by people who were not united.”

“To prove that the church is right, it’s important to show that it’s not the only one who thinks the faith ticket is bad. Some of the most important Islamic clerics and Muslim leaders have also said similar things. It’s a good sign that both Christian and Muslim leaders are not taking this issue for granted.

“It’s true that Christians and Muslims will never agree on everything, but there are a lot of things that we do agree on. It’s enough to move forward with building a country based on the things we all agree on. It is important to remember that Christians alone can’t build a country out of Nigeria either, just like Muslims alone can’t. “Nation formations” are something we have to work on together.

Dogara praised the church in the country for getting rid of the “beast” of past complacency by speaking up and fighting against steps taken by some political parties that will slow down building the country.