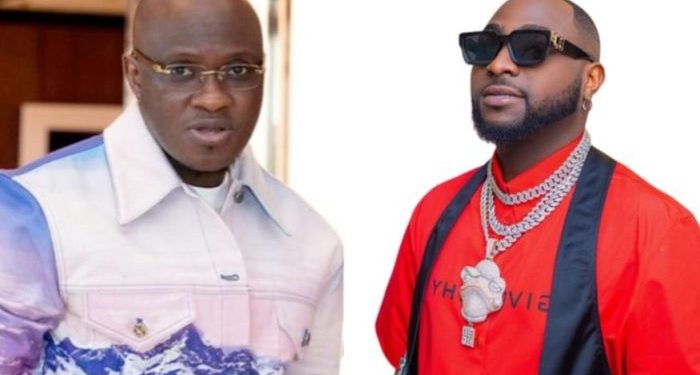 Adegboyega, who made headlines for dining with well-known musicians like Tiwa Savage and Davido, claimed he is drawn to the performers.

Nigerian preacher Tobi Adegboyega, who resides in the United Kingdom, has discussed his encounters with celebrities.

He claimed that his interactions with performers did not contradict his teachings.

Adegboyega, who made headlines for dining with well-known musicians like Tiwa Savage and Davido, claimed he is drawn to the performers.

The preacher shared his love of popular culture during a conversation with media entrepreneur Chude Jideonwo.

The priest refuted claims that his way of life might have an impact on how his message is received by saying;

“I believe that sparkling things attract; yet, the duration of attraction may be longer. I have been preaching here for 17 years, and until 2016, I had no knowledge of Instagram or the “shine-shine” culture. While we were expanding, not at this rate. There has always been a message, but are people still interested?

“People adhere to their religious beliefs. To sneak in and spread a new message, things must change. Our philosophy is to first attract; once you do, there will be debates and individuals will express their perspectives, but eventually the message becomes more obvious. Do traditional churches care about souls, I worry? Because how will people receive the message if they aren’t drawn to you?

According to Pastor Adegboyega, there is greater sincerity outside of the church than inside, and the purpose of the church is to win over unbelievers.

Jesus stated quite clearly, ‘Those who are well do not need a physician,’ he remarked. When you are healthy, you avoid going to the hospital. If we believe that we should share our thoughts with others.

“It greatly annoys me that the church preaches to the converted; they only have converted people attend their Sunday services. The people have been listening to you for 10 to twenty years, and they already believe what you are saying. I enjoy them aside from that. I spent every year of my upbringing at the church.

But I believe that outside of the four walls, people are more sincere. People debating serious issues, not pointless things, is what transforms nations.

Pastor Adegboyega responded to the widely shared video of him dousing Davido, a well-known artist, with cash by saying;

“I adore Davido, and I believe I still have the right to be a person, right? Pastors are invited and compensated in these congregations. I don’t know where David was coming from at the moment, but traveling from another country is considered our honorarium. He made the decision to attend the wedding of one of our pastors after learning about it.

“In our culture, if you go to parties, people spray money. I’m not sure if this is a Yoruba custom or if it is also practiced by Igbos or other groups, but seeing as how they do it, I didn’t think it belonged in the video.

READ ALSO:  Police Rescued Another Man in Chain 30 Years After

“At the same time, cowards are those who hide. I know large-car-driving pastors in Africa who go to church in Toyotas, and I tell them, “Why do you do that? This is dishonesty.” You know people will speak, they will say. So you really shouldn’t have gotten in the automobile in the first place.

“Some of us are who we are. If I have a penny, once the lads around me find out, it will eventually be up on the internet because everyone can see my life; this is where I live, and it is not a secret that practically everyone in the Nation family is aware of it. In my personal area, I feel confident in my appearance and attire. I won’t like it if I become someone else, but I’ve also learned that it affects others,” the cleric said.