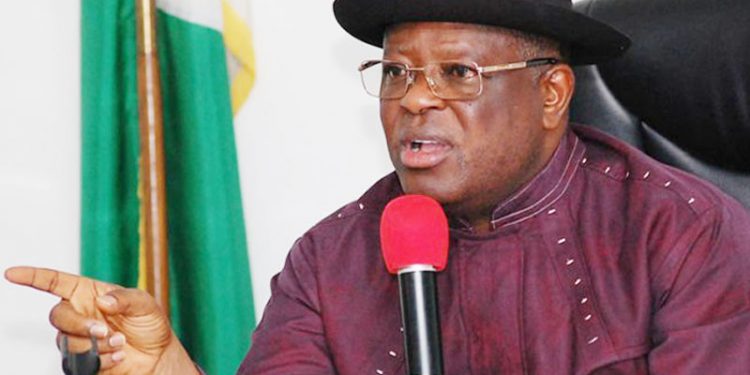 David Nweze Umahi, the governor of Ebonyi State, has refuted claims that he gave the order to disturb the gathering or rally in Abakaliki, Ebonyi State, for Mr. Peter Obi, the Labour Party’s presidential candidate.

In a statement, Chooks Oko, the governor’s special assistant for media and strategy, refuted the assertion made by the online reports that the governor gave the order.

Oko claims that instead of using the stadium by paying the required costs, the demonstration organizers chose to disperse into the street, creating problems for bystanders. As a result, the police had to intervene to restore order.

“The Executive Governor of Ebonyi State has been made aware of several online publications and rumors circulating that he ordered the disruption of a meeting in favour of one of the presidential contenders in the 2023 elections,” it stated. That is untrue.

“Since he didn’t order any, the Executive Governor of Ebonyi State is undoubtedly unaware of any interruption of any meeting. He is a democrat who is adamant about upholding the law.

“He wishes every candidate for office the absolute best and will demand that everyone play on an even playing field. If it is true that the police scattered people, they will undoubtedly have to answer for it.

It was learned that the organizers decided not to pay the costs and instead dispersed into the streets, putting the unfortunate residents going about their everyday lives through unspeakable hardships.

We are informed that law and order had to be restored by the police.

READ ALSO:  Why you should pay attention to what governments are saying - Tolu Ogunlesi

In order for law and order to always rule supreme, the governor urges to all citizens to constantly follow the rules of the law and lead moral lives.

He remarked that he wished all political parties and their candidates luck and urged everyone to follow the rules of the game.