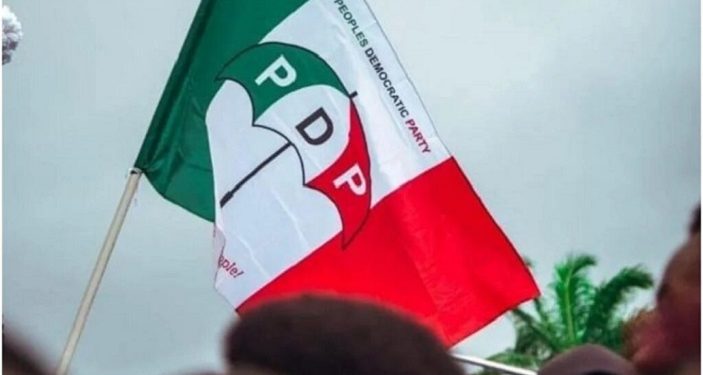 Despite demands for Senator Iyorchia Ayu’s resignation, the Peoples Democratic Party (PDP) in Ogun State has stated that it supports him.

Members of the Ogun PDP have stated that they dispute the assertion made by Oyo State Governor Seyi Makinde that all parties involved in the Southwest have demanded Ayu’s resignation.

At the Southwest Stakeholders Interactive Session with PDP presidential candidate Atiku Abubakar on Wednesday in Ibadan, Makinde allegedly made a statement.

The PDP Publicity Secretary in Ogun State, Akinloye Bankole, said in a statement made available to Naijaloaded on Friday that “the leaders disassociate Ogun State chapter of the party from the pronouncement of Governor Seyi Makinde and affirm that there was no prior meeting or agreement relating to such pronouncement.”

Bankole claims that the leaders believe the present clamor for Ayu’s resignation:

is unwise and hazardous for the party’s health, particularly as national political mobilization and campaigns for the general elections of 2023 intensify.

The Ogun PDP adamantly maintains that the party constitution’s purity cannot be sacrificed to the whims and caprice of a small group of people.

Bankole argued that the party needs to be completely concentrated in order to be committed to its objective of saving and repositioning the nation for prosperity and abundance at this important point in its democratic history.

He insisted that, for the benefit of everyone, distractions of all kinds should be eliminated.

READ ALSO:  #Project Nigeria: How NNPC Under APC Made Profits 44Years After

The spokesman added that Atiku and Governor Ifeanyi Okowa’s bid for the presidency has the full support of the Ogun PDP leadership.