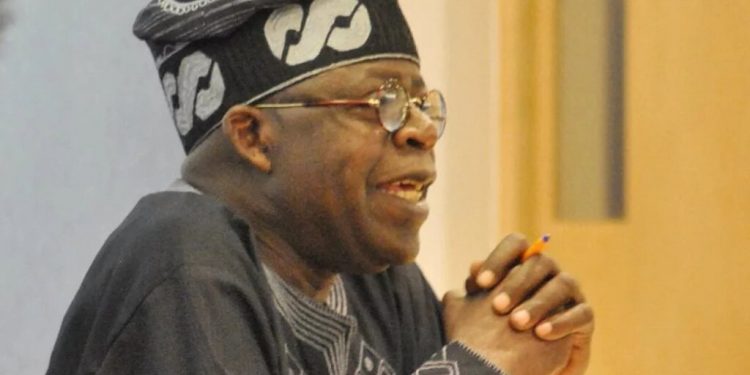 Bola Tinubu, the APC candidate for president in 2023, has received the support of the combined group of Arewa communities in the six southwest states.

At the inaugural gathering of the southwest Arewa, the group’s head, Sa’adu Yusuf Dandare, vowed a door-to-door campaign for Tinubu.

The group’s support arrived at a time when one of the Arewa’s top leaders in Nigeria is a fierce Tinubu rival.

The All Progressive Congress (APC) presidential candidate Asiwaju Bola Ahmed Tinubu has received the support of the Arewa community in the Southwest area, which includes Lagos, Ogun, Oyo, Osun, Ondo, and Ekiti States.

According to them, Tinubu’s election as the country’s next president is important given the current wave of unrest, The Nation said.

They asked Nigerians to support the Tinubu/Shetima ticket and other APC governorship candidates, stressing that Nigerians must come together to vote for competence above religion.

Door-to-door campaign for Tinubu is promised by Southwest Arewa communities.
Sa’adu Yusuf Dandare, the chairman of the All Progressive Congress (APC) Southwest Arewa Community and Declaration of Door-to-Door Campaign, stated that the community will mobilize heavily in support of Tinubu.

“We, the Arewa Community leadership, also have it as a point of agenda to immediately take action in tightly controlling our timing population to prevent any evil element from entering our old-age settlement and committing any evil act while being steadfast to rightfully protect our law-abiding members who become victims of circumstance.

The confidence and morale of all of our timing team members in the region have increased as a result of this first meeting, and we have been given the responsibility of immediately forming a strategy team to carry out our main pattern, the “DOOR to Door” campaign. This has come to be known as our best method for mobilizing large numbers of voters in the Southwest for our beloved party.