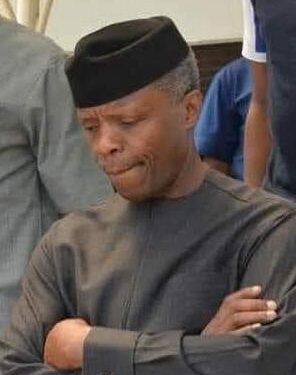 As southern Nigeria gears up to take over mantle of Leadership from the North, the question on the.mind of most Nigerians is who has the capacity from South West to lead Nigerians to the promise land from 2023.

However, Prof Yemi Osinbajo has served under the present adminstration of President Buhari in the last 7 years  and the call for him to take over from his boss can be quantified by his performance over the underlisted agencies of government that where directly under his control during this period. Has Prof Yemi Osinbajo has affected the lives of Nigerians positively? May be or may be not this could be used as a yardstick to certify if he has the capacity to Lead Nigerians.

The positions assiigned to the Vice President by the constitution includes the following:

1. Chairman of the National Economic Council.

4. National Emergency Management Agency Act 50 of 1999 also made the Vice-President the Chairman of the Governing Board.

6. Border Communities Development Agency (BCDA), the Vice-President is the Chairman of the Governing Board for the BCDA.

7. National Institute for Policy and Strategic Studies Board – According to the NIPSS Act (revised 2004), the Vice-President supervises the NIPSS.

8. Debt Management Office Board has the Vice-President as the Chairman of the DMO Supervisory Board.

In all of these, where has the Vice President,  Professor Yemi Osinbajo shown exceptional capacity in any of the constitutionally assigned roles for 7 years as Vice President of the Federal Republic of Nigeria?

The answer is NONE. No capacity for progress shown in any of the above.