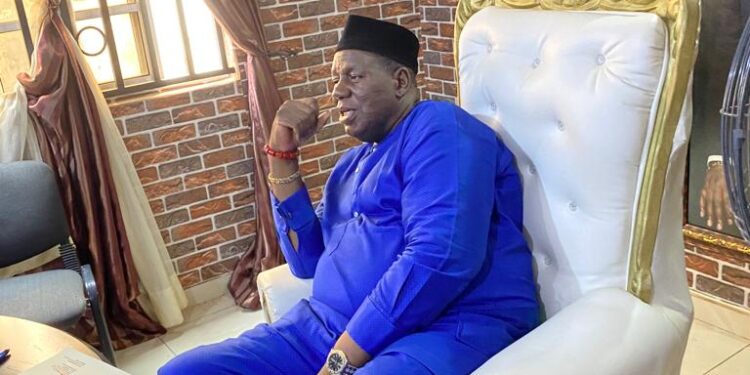 A leading Governorship Aspirant in the All Progressives Congress (APC) has appealed to members of the APC in Oyo State on the need to unite for the succeĺss of the  party in 2023 governorship election and other elections in the state.

Hon Adeduntan, a renowned international Cardio Vascular Surgeon who doubles as the Osi Basorun of Ibadanland, made this appeal in a release by his media office in Ibadan this morning.

This release is an immediate reaction to a publication by an online newspaper crediting some chieftains of the party disparaging the reconciliation and harmonization moves made to forge unity among members by the elders advisory council.

The founder, Dr Azeez Popoola Adeduntan Foundation (DAPAF) said the only way for APC in Oyo State to chase away PDP from the government house during the coming election was for everyone to close ranks and forget the past.

He said Oyo APC must present a united front. “Let us sit and plan how to win this election . “Let us not fight each other to finish because power belongs to God” .

We have no time left as the UMPIRE-the INEC had blown the whistle for electoral match to start backed by the electoral law.

“APC gladiators must not play with fire just like “NERO fiddled while ROME burns.”-he also sited example of what happened to ZAMFARA state in 2019 when two gladiators fought to finish -incumbent GOVERNOR YARI and a senator Kabir Marafa and disobeyed the electoral law by being caught on time of primaries.

“APC needs to present a strong candidate to win this coming elections. PDP have more trouble than us,” he said.

The Harvard trained Board certified international cardiovascular surgeon ,former Labour Party candidate for oyo state GOVERNORSHIP,immediate past administration meritorious service health commissioner,insisted that the APC must conduct a credible, free and fair primaries ,adding that what happened in the past that caused problems and division in the party must be avoided.

He added that the people of Oyo State have been disappointed by the PDP led government and are waiting for APC to come take over government house and we cannot afford to fail them.

Alhaji Adeduntan appealed to all warring parties in these holy seasons of Ramadan and Lent to seek reconciliation as a way out of the too many challenges rocking Oyo APC as evidenced by the humiliation at the National convention recently where OYO APC was not considered for any central position on the National working committee.