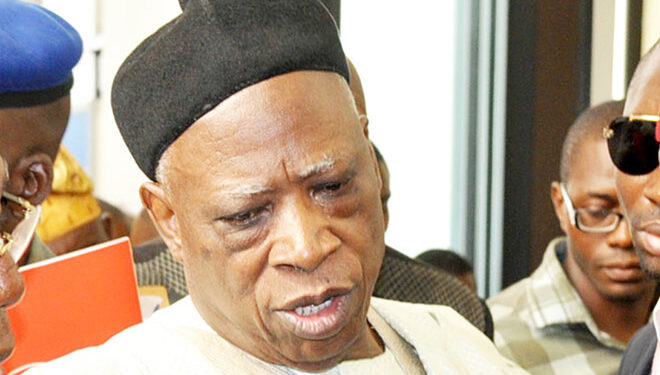 The newly elected chairman Senator Abdullahi Adamu of the ruling All Progressives Congress (APC), has told Governor Nasir El-Rufai of Kaduna State and the Minister of Transportation, Rotimi Amaechi it was wrong for them to have criticised the same APC government they are part of.

He was monitored during an interview conducted with BBC hausa were he said it was wrong for one to take knife and rip open his stomach.
This referral is coming after Amaechi criticised the same govt that he is part of just because his ministry proposed N3 billion security gadget was turned down in the past. While Mallam El-Rufai was quoted to have threatened to higher the services of foreign Machineries if attacks continues. 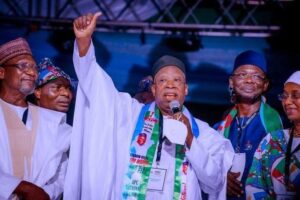 Adding salt to injuries is seen as a slap on the president who happens to be commander in chief of the armed forces and other security agencies.

The chairman also said he will work round the clock to ensure that memebers of the party are united. We should be united, like a broom tied with one rope. Once that is done, our next move should be to confront the forthcoming election. We are the government, nothing will earn us praise unless we win the election.

#2023 Successsorship: Nigeria Needs A Right Leader Like Tinubu To Solve Our Problems —El-Rufai

#2023 Successsorship: Nigeria Needs A Right Leader Like Tinubu To Solve Our Problems —El-Rufai