by Brooom
in Entertainment, News, Sports
0 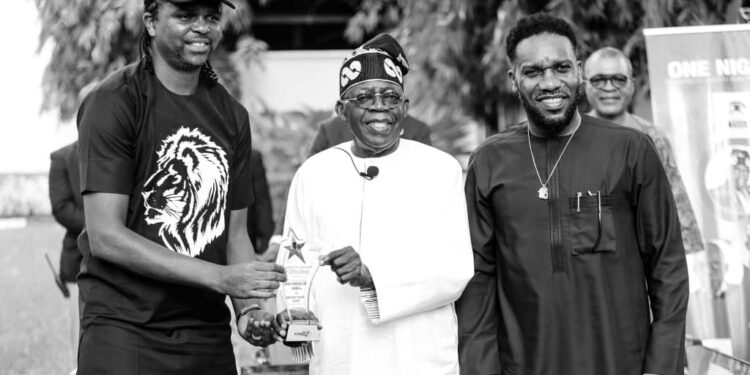 Former Nigeria’s international football players have commended All Progressives Congress, APC, National Leader, Asíwájú Bola Tinubu, for his contributions to democracy and good governance as well as sports development in the country.

They made the commendation when they visited Tinubu on Saturday in Lagos to congratulate him on his 70th birthday which comes up on March 29. 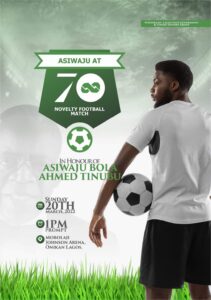 Lauding Tinubu particularly for his achievements in Lagos, Okocha said the former Lagos State governor was the reason why he usually called Lagos home. 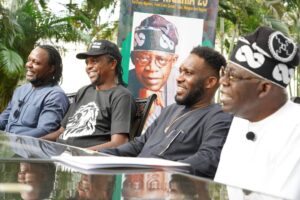 Nwankwo who instituted the Kanu Heart Foundation disclosed that the first seed money for that initiative was donated by Tinubu in 2002. 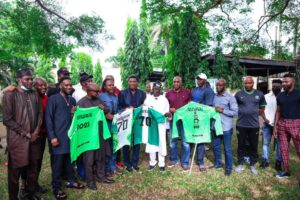 “Without that money, there wouldn’t have been Kanu Foundation to perform the heart surgeries that have saved many lives,” he said.

Pastor Taribo West prayed that Nigeria be blessed with more kind-hearted people like Asiwaju while wishing him well in the presidential race. 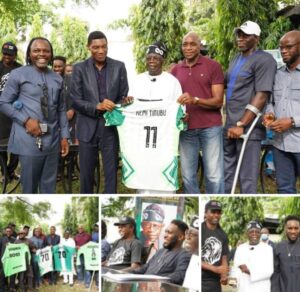 Mentioning their names one by one with their nicknames while playing for the country, Asiwaju Tinubu thanked them for their exploits on the field of play, for putting smiles on the faces of many and for helping to put Nigeria’s name on the global map.

He said the former players gave Nigerians a sense of immense pride and a source of inspiration, particularly the young ones.

Tinubu said together the former players reflected the spirit of unbreakable team. 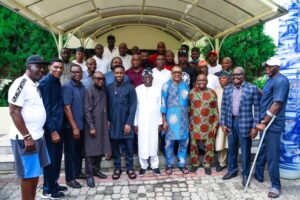 He used the opportunity to seek the support of the players for his presidential ambition, saying he has a vision and the competence and ability to implement that vision.

Also among the ex-Super Eagles that visited him were Julius Aghahowa, Victor Agali, Garba Lawal and Duke Udi.