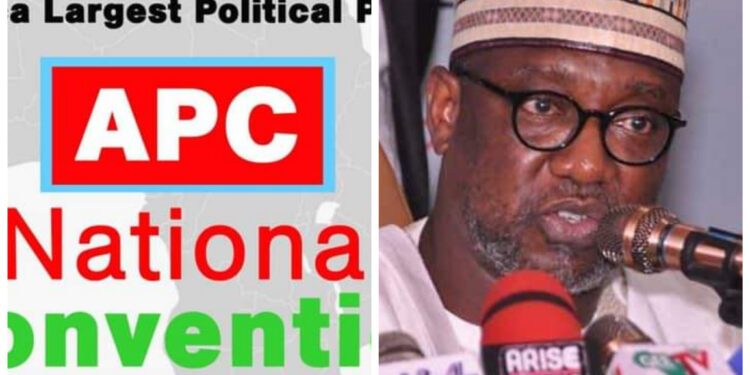 The Acting National Chairman of the All Progressives Congress, (APC), and Niger State Governor, His Excellency Abubakar Sani Bello has directed all the thirty six State chairmen, sworn in on Monday 7th March, not to discard or tamper with the list of state executive members given to them by the national secretariat of the party, as they commence the swearing in of other members of the committee.

Any APC state chapter chairman who do otherwise, will be summarily suspended immediately, and the state contingent will be barred from participating in the national convention of the party, slated for Saturday March 26.

The caretaker and extraordinary convention planning committee of the party said the list given to each of the thirty six State chapter is a unity list, reflective of the results of the congresses held, post congresses appeal processes as ratified by the national leader of the party, President Muhammadu Buhari GCFR. The president has continued to maintain a no going back status about 26th march.