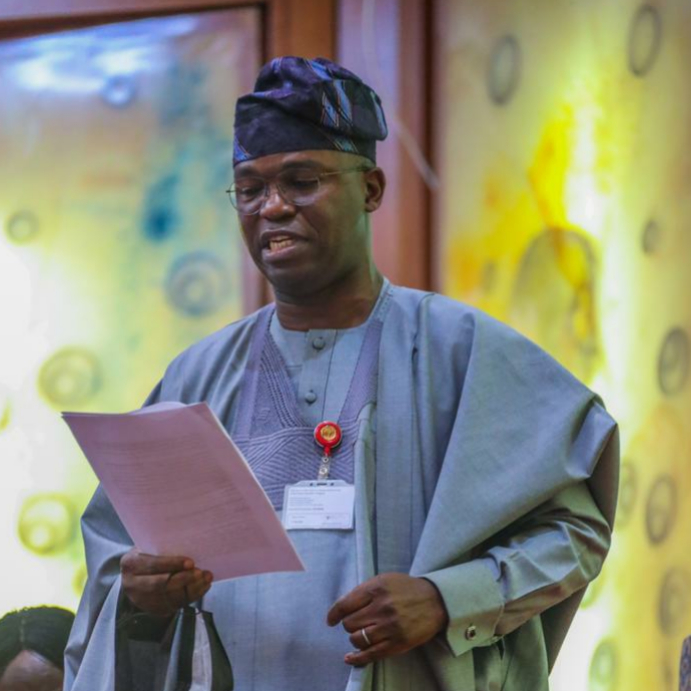 The Chairman, Senate Committee on Industries, Distinguished Senator Mukhail Adetokunbo Abiru has presented before the Nigerian Senate a petition submitted by the Executives of the Magodo Residents Association on the attempt to forcefully, illegally execute a Court judgement in their Estate.

While addressing the Senate, Abiru, who is the Senator representing the Lagos East Senatorial District, said the petitioners brought a complaint against the Attorney General of the Federation and Minister of Justice, and The Inspector General of Police ‘’over illegal invasion of Magodo GRA, Phase 2, Ikosi Ketu, Kosofe Local Government Area of Lagos State by men of the Nigeria Police Force in a bid to illegally execute a court judgement”.

According to the Senator, the repressed property owners in the upscale neighbourhood are seeking the intervention of the Nigeria Senate in the matter for gun-wielding Policemen to be withdrawn from the Estate and to allow the Lagos State Government to conclude its efforts of resolving the matter amicably.

Senator Abiru told the Senate that the petitioners did not seek any judicial remedy.

The President of the Senate, Dr Ahmad Lawan requested that the petition be laid before the Senate for the consideration of the Senate Committee on Ethic Privileges and Public Petitions.

The committee was mandated to report back the Senate in four weeks. AJASA Info reporting for;