by Brooom
in Education, News, Uncategorized
0 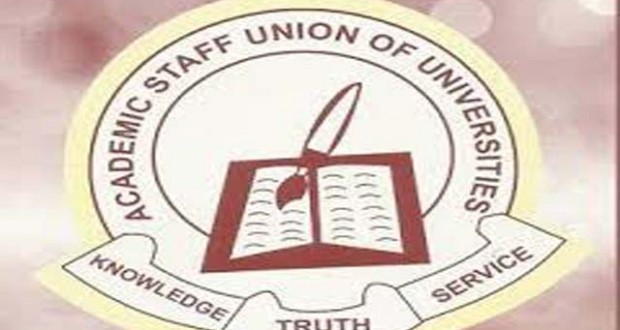 The Academic Staff Union of Universities (ASUU) has vowed to embark on an indefinite strike.

ASUU, at an extra ordinary session in Yola on Friday, urged Nigerians to blame the federal government for the collapse of tertiary institution in the country.

The union said it was embarking on an indefinite industrial action in the coming days.

ASUU insisted that the federal government was to blame for the union’s refusal to comply with the renegotiation of the 2009 agreement.

ASUU’s coordinator for Yola Zone, Reuben Jonathan, said the union met at Modibbo Adama University (MAU), Yola on Thursday, December, 9, 2021, to review the Memorandum of Action (MoA) entered into with the Federal Government on December 23, 2020.

ASUU said the union was dismayed by the prolonged strike action by the union; and the nonchalant attitude displayed by government functionaries in addressing the issues in dispute.

“Recall that in our previous press conference here in Yola on September 15th, 2021, we briefed you on the Government’s refusal and foot-dragging in implementing the said Agreement.

“Since then, nothing has been done by the Government to address the issues besides propaganda and blackmail.

“The issues remain: Renegotiation of the 2009 Agreement and all efforts by the Speaker of the House of Representatives and the promise made to address the issue of Renegotiation have not yielded any result so far.

“The refusal of the government to address the issue of renegotiation has left us on the same salary for 12 years even as the government has reviewed the minimum wage twice,” Jonathan said.

While responding to questions, Prof Augustine Ndaghi, affirmed the union’s decision not to shift grounds this time round.

“Nigerians should beg the federal government to respect all agreements reached within the context of labour matters,” Ndaghi said.

“Recall that our union has developed a robust and dynamic system known as the University Transparency and Accountability Solution (UTAS), which is better. UTAS is a better alternative to the pro-corruption Integrated Payroll and Personnel Information System (IPPIS).

“It may interest you to know that UTAS has been subjected to and passed all the integrity tests without any shortcomings. However, beneficiaries of the corruption-laden IPPIS have continued to ensure that UTAS does not see the light of day, thereby subjecting our members to untold hardship.

“The question here is whose interest IPPIS is protecting and at what level was IPPIS ever tested? The role of state-owned universities in providing tertiary education cannot be overemphasised in Nigeria. It is worrisome to note that the state governments in recent times have politicised the establishment of state universities, leading to the neglect of the noble values of universities as universal entities.

“Similarly, undue interference in the governance of these universities is counterproductive and erodes the autonomy of the universities.

“In the sequence of meetings with the Federal Government, it has been revealed that only N20billion out of the N30billion revitalisation grant were released to the universities one year after the MoA was signed.

“On Earned Academic Allowances (EAA), the entitlement was to be paid at the latest in May and June 2021, but as of this moment, nothing has been released to that effect”, Jonathan said.

ASUU further averred that education was an inalienable right of every Nigerian child.

“We, therefore, call on the general public and concerned citizens to save public universities by compelling the government to honour its agreements,” Jonathan stressed. Sahara reporter reporting for: