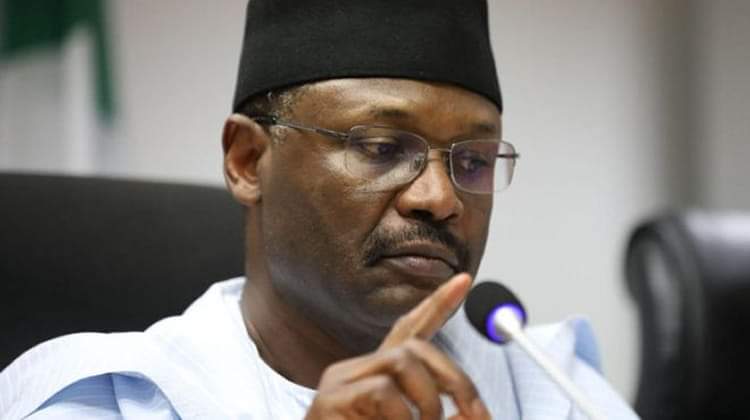 The Secretary to the Government of the Federation (SGF) Barr Boss Mustapha says two hundred languages have gone into extinction, while over 2,000 languages are either critically endangered.
Mustapha made the revelation Saturday at Alheri Hotel Yola, Adamawa state during a workshop on Standardization of Heba language orthography organized by National Educational Research and Development Council (NERDC) Abuja. 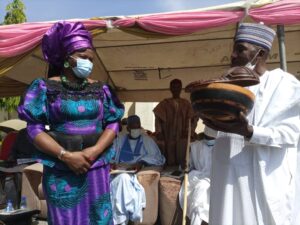 “This has happen over the last three generations, also over 2,000 languages are either critically endangered or nearly, definitely endangered or unsafe.
“The essence of sustaining a language based on the UNESCO data cannot be overestimated, by these data they have found that over 6,000 languages currently in existence, out these 6,000 two hundred have died already, “ He said. 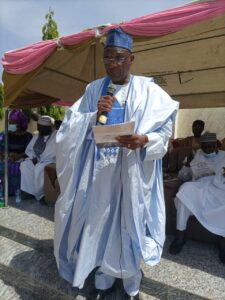 The SGF who was represented by Dr Nuhu Maksha noted that Heba people are surrounded by languages that have the capacity and the potentials to endangered or extinct the language, called on Heba people both at home and in diaspora to ensure that Heba language is spoken in their homes.
He also called on other language groups in the nation to ensure sustainability of their languages as part of their culture, through documentation, speaking the language and naming children with tribal names.
In his Address, the Executive Secretary, National Educational Research and Development Council (NERDC) Abuja Prof. Ismail Junaidu enumerated the functions of the council and commended the efforts of the people geared towards the development of Heba language. 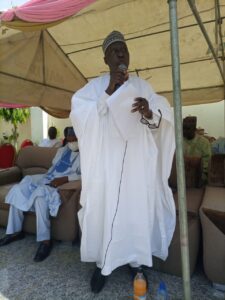 “I also commend all sons and daughters of Heba community, for rising to the responsibility of preserving and promoting your language which is a truest means of identity and most effective means of transmitting culture and tradition from one generation to another,” he said.

Prof. Junaidu explained that the development of orthography of any language is the first step towards language and literary materials development for teaching and learning in that language. 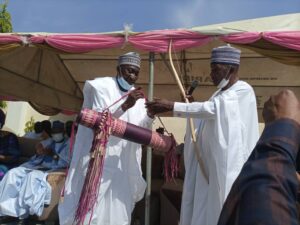 He emphasized the need for the involvement of the State Ministry of Education, State Universal Basic Education Board and Local Education authorities in the state for effective policy implementation and supervision.

In his remark, State Commissioner Information and Strategy, Dr. Umar Garba Pella noted that Kilba language is endangered due to closeness of it with other languages that can easily emasculate Kilba language and send it to extinction. 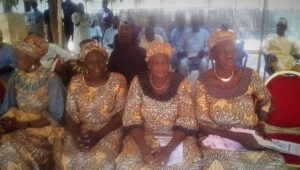 “This self-identity, self-consciousness is in rune of what the world is agitating at the moment, diversity in a universe, God was not wrong when he created us differently and gives different language to speak, what we are doing now is what God want us to do,” he said.

He tasked the people to preserve their diversity and culture for the benefits of future generations.

Chairman of the occasion, General Aliyu Kama (Retd) said the workshop as part of seeking approval to teach Heba language in schools and colleges like English, French, Japanese and other languages of the world. 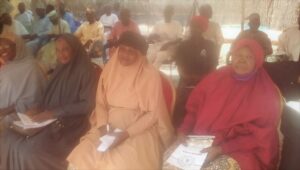 He commended the efforts of those saddled with the responsibility of ensuring that Heba language became one of approved languages as a course in schools for harmonizing all differences dialects of the language together for teaching in schools and colleges.

Also, in her remark, the chairlady of the event, Mrs Martha Midala noted that the culture may instinct if concerted efforts are not made for its sustenance, and challenged Heba mothers who are close to children always to cultivate the habit of speaking Heba language to their children.

Earlier, the Chairman Heba Language Development Association, Alhaji Abba Saleh who gave overview on the formation of the association which was dated back to 2014 aimed at promoting Heba language without any dialectical differences, respecting one another dialect centering on language, to uphold the cultural lineage of Heba and its values as well as encourage parents to use Heba language as a mother tongue to their children irrespective of where they live.

“After deliberation and consulting Heba elders and stakeholders, it was agreed that the only solution to rescue Heba language from dying or going into extinction was to teach Heba language in schools that was where the struggle for teaching and insertion of Heba language into national curriculum of Nigeria education system started.

“We have reached out to seasoned and versed professionals in relevant and related disciplines in the academia for the purposes of achieving insertion of the Heba language into the National Curriculum of Nigerian Education system. We are optimistic that at the end of the workshop, they will brainstorm and come up with the desired objectives as envisaged,” he said.

He thanked all those who have contributed in any form for the success of the event.

Highlight of the event was presentation of bow and arrows, as well as decorated calabash and groundnuts by the chairman of the occasion to officials of NERDC as a sign of honour which Heba was known for while hosting an important personalities.

#Good Governance from 2023: Nigerian Students Get Your PVC Now – NANS

#Good Governance from 2023: Nigerian Students Get Your PVC Now - NANS