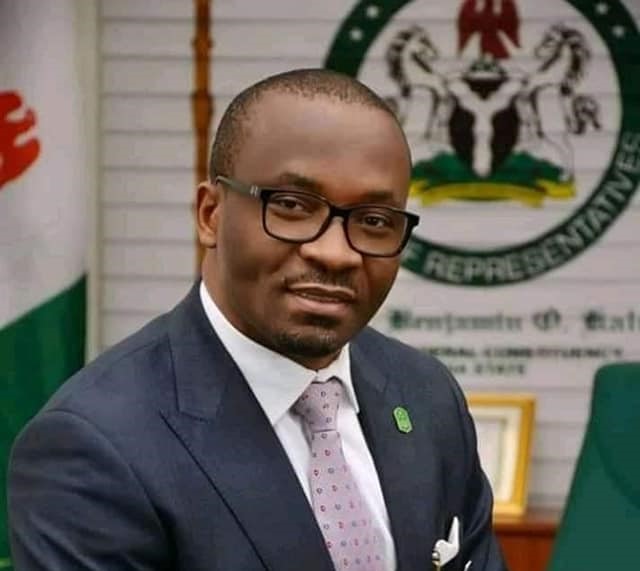 Spokesperson of the House of Representatives and member representing Bende Federal Constituency, Hon. Benjamin Kalu has commended President Muhammadu Buhari for the N13bn proposal to fund community policing in the 2022 budget, saying it is a laudable development.

Speaking in a radio programme, Ben Kalu’s Mandate streamed live by ABN TV on Tuesday, the federal lawmaker said the country is gradually moving to state policing just like other countries, including the United States and UK where London metropolitan police exists. He said the country will be better for it especially with the heightened call for true federalism in the country where the grassroot will receive adequate attention through the trickling down of democratic dividends.
“With this funding, I think the federal government has taken the right step. It will be productive in addressing insecurity” he added. He insists that time has come for the federal government to declare bandits as terrorists, emphasizing that they are terrorising the country.
READ ALSO:  No Sacred Cow In Anti-graft War, Buhari Insists

While maintaining that the nature of operation of the bandits now falls under the definition of terrorism, he said when they are finally declared as terrorists, the full weight of the law will be deployed in tackling them.

“It’s very important that we define the crime they are committing with the right label, the right tag. The call of the Senate to declare them as terrorists is the call of the House of Representatives” he said. He continued, “It will make our partners and allies to see the level of terrorism in this country so that if we are asking for help, they will know that the percentage of terrorism will increase when you declare bandits as terrorists. “They will also see reason to offer the necessary foreign intervention when the call is raised by the country.” ABN Online TV reporting for;
Brooom Nigeria
broomhome.com.ng
08068505032 whatsapp
09054006557 Text/Call broomforeveryhome@gmail.com
Facebook.com/broom.home.1
Twitter@broomhome
Instagram@broomhome
Previous Post