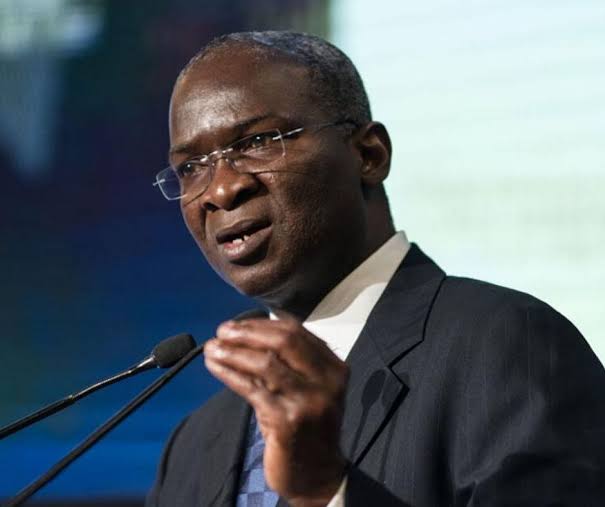 We are now in the realm and reality of constant expectations of miracles and divine intervention. Superstitions have taken over reason and logic.

When we pass examinations, win football matches, conduct successful elections, or achieve any feat, we seem all too frightened and unsure of ourselves to take credit for even the most modest of successes attributable to our efforts. Instead the first thing you hear is God did it.

Regrettably, we have surrendered our capacities and abilities in a frightful way to FEAR, that we have become victims of some confidence tricksters who deceive, dis-entitle and prey on our fears and frailties in ‘gods’ name.

Every man and woman of substance now has a Mullah, Pastor, Imam, Alfa, Spiritualist or even a witch doctor or Dibia who is responsible for telling them what to do, when to do it, in a way that diminishes his abilities and surrenders his talents and free will to divine intervention or spiritual consultation.

Many people are disappearing and are being murdered in a crazed quest for human parts because some who have been entrapped in fear and superstition, believe that you can make money through ritual sacrifice.

Nothing can be further from the truth.

Human parts are tissues, bones, muscles and all that, and they have no place in the materials used to manufacture money.

There is nothing Divine in money making. It is entrepreneurship, production and hard work.

The teaching of science as espoused by Theodoropolous tells me that money is a product of man and not a product of God.

It is manufactured in a place called a Mint, by a process of printing, using special paper, ink, engraving and embossment, to make it difficult to fake or counterfeit.

When we play a football match and get to halftime, which is a few precious minutes to quickly refresh, renew and replan in the dressing room, we instead gather to pray, on the field, in a huddle that the whole world is still trying to fathom.

We waste the precious time that is allotted for tactical review, and return to the second half, singing and praying, “He is a miracle working God” in search of divine intervention.

The truth is that we have done well when we prepare and done badly when we do not.
Sometimes of course, working hard does not always bring the expected results but it is better than not working hard.

I once listened to a sermon broadcast on television, asking people who are indebted to step forward for prayers that will make their debts disappear.

It frightens me. It does not make sense to me.

Debts are accounting, matters of credits and deficits. They do not vanish.

It is people who live in FEAR who fall prey to such teachings and become victims of misery from poor choices.

I urge you to free your minds from such fears.

There are many teachings about freedoms.

Freedom from want, Freedom of Associations, Freedom of speech, freedom of choice (including the choice of leadership by voting at elections) and many others.

But the least expressed freedom, is the freedom from FEAR, which in my view is the most important.

A mind taken over by fear cannot express free will and will therefore not fully optimise or benefit from the other freedoms.

For example, we have seen that elections are conducted in other parts on the basis of polls, campaigns, analysis of human behaviour rather than any occultist or sacrificial offering.

Candidates who wish to win elections must persuade people to agree to their messages and promises, and seek to change the minds of those who are unpersuaded, by understanding what they want and taking steps to address them.

Let me reiterate again that I have no quarrel with faith. What I seek to advocate is the lack of FEAR, and the resort to faith out of conviction rather than as a result of FEAR.

Fear takes choices away, and choices can and must be the product of conviction.

Let us remember, that at least the two dominant faiths are not original to us. They are inherited. The propagators of the faith have made them personal affairs and not public ones.

I have attended meetings in the West and in the Middle East and not on one occasion have these meetings been started or ended with prayers.
Meetings represent public undertakings and places of work and productive undertakings to deliver prosperity.

When those people have worked hard for the week, they go on Fridays and Sundays to their places of worship and their homes to offer prayers, for their home made Gods to bless and prosper the work of their hands.

Sadly, back home, the head of Governments, heads of ministries, and businesses, devote early mornings at work to prayers with their staff while productive man hours tick away, they do the same at home and on weekends, we socialise.

In effect, we spend a lot of time praying.

How can this lead us to prosperity? If this is not faith influenced by fear, I do not know what it is.

If you visit many construction sites where the Chinese are employed as contractors, you will find that they work on Sundays, but we who have unemployment challenges, do not often work on Sunday. Imagine Nigerian hair dressers or food vendors closing their shops on Fridays and Sundays to spend hours in places of worships, praying for success instead of attending to numerous customers who need their services during weekend recess.

We have invested a worrisome amount of money in building places of worship compared to what we have in building factories, businesses and schools.

This is worrisome compared to the investments I see in businesses and schools that outstrip investment in places of worship in the West and Middle East.

Again I reiterate, I do not criticise worship, but I am challenging you to think through the choices you will make.

We will not pray our way out of recession, we will plan, and produce our way back to prosperity and out of recession and you are the freshest, youngest and most energetic workforce we will have to work with.

You are the new batteries to power the engine of growth of our country.
Your choices must be clear, free from fear, not reckless but driven by analytical thought, questioning and probing and ultimately determined by convictions.

In order to test the consequences of choices based on faith influenced by fear, I advise you to look at the world map and 2 (TWO) Island nations who are situated on the Northern Hemisphere.

I will not tell you their names. You find that out. But I will tell you they are close to each other. One believes in God and works hard. The other one is the home of voodoo and spends all time practising this.

If you follow their history, the first one is prosperous and the second one seems to have made a permanent contract with poverty.

This can be changed if and when they make the right choices.

How do you free your mind from impossibility, improbability, and unlikelihood?

The answer is simple. Remember always, that those words are negatives. Replace them with positive thoughts and actions.

This is what frees your mind from fear and helps you to choose, to see solutions and to look for opportunities, instead of dwelling on and surrendering to problems.

If you see unmanaged refuse as a problem, you may not think of recycling and re-use and the economic opportunities that have multiple benefits, including the ultimate removal of the refuse.

If you dwell on traffic gridlock as a problem, you are unlikely to focus on developing intelligent traffic management solutions like traffic lights or a radio station to manage it and create opportunities for yourself and others.
If you focus on crime and its burden, you may lose the opportunity to focus on crime management strategies like more policemen, crime detection methods, employment and training of judges.

Indeed, as they say, if you see every problem as a nail, the only solution you might evolve is a hammer.

So, please look for the positive angle of a difficult situation, because there will be one, if you look hard enough.

I urge you to free your mind from fear, reach for the skies, choose by conviction and not by fear; trust in your abilities and God given talent, take responsibility, work hard and pray if you believe.

Yes, Sango is the god of lightning and thunder, but all the sacrifices made to Sango has not generated 1 (ONE) kilowatt of electric power.

Fashola, SAN, was the Minister of Power, Works and Housing. Excerpted from the convocation speech delivered at the University of Benin on the 25th day of November 2016.