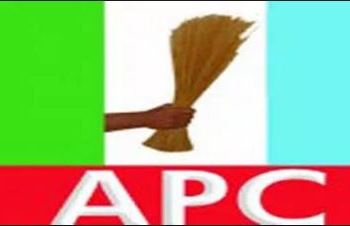 The All Progressives Congress in Oyo state has said that it would emerge better and stronger in the wake of the ongoing nationwide Congresses of the party warning those it described as enemies of peace and progress to desist from peddling unfounded rumours of internal crisis or implosion in its fold.

Activities have been on the rise within the camp of the major opposition party in Oyo state (Oyo APC) as its members participate in the processes put in place for the Congresses expected to produce a new set of Executive Committee members at Ward, Local Government, State, Zonal and National levels. This was commenced on July 31, 2021 with the Ward Congress while the next phase (Local Government Congress) has been slated for early next month (September 4).

Speaking with some newsmen shortly after an emergency meeting of members of the (Caretaker) State Working Committee of the Party held at the old State Secretariat in Oke-Ado, Ibadan at the weekend, the State Chairman, Chief Akin Oke, refuted claims from some quarters that Oyo APC was having some internal crisis which could mar the outcome of the Congresses and thus affect the chances of the party in the next general election.

READ ALSO:  The Eagle Has Landed: Tinubu's Weekend In The North Sends Shock Waves Across The Nation.

According to Chief Oke; “the news of in-fighting or crisis within our party is not true because as you are all aware, the build-ups to the 2023 elections have commenced and you cannot expect any serious player to fold his or her arms. The fact that people engage themselves in one party activity or the other should not give an impression that they are fighting. Those carrying rumours of internal crisis or likely implosion are enemies of peace and progress who would soon be put to shame.

“I make bold to say that those behind such rumours are the people who found themselves in government accidentally without any party structure. The same people and their principal know that APC has all it takes to dislodge them in 2023 and they have always been jittery especially now that the good people of the state have realized the need to return our party to power in the next general election. People are tired of empty noise, violence, debt burden, fake contract awards, land grabbing and cluelessness which are the features of the present PDP administration.

READ ALSO:  A Year of Lives Lost to Diseases Science Has Yet to Tame

“Meanwhile, we are appealing to all APC faithful in the state to keep faith and key into the peaceful democratic plans being worked out by the party leadership for the Congresses as we assure that no stakeholder would be short-changed. In line with the agreement reached at Lafia Hotel last month in the build-up to the Ward Congress, we are using this medium to encourage all gladiators and stakeholders to work together and produce consensus candidates for the Local Government executive committees across the 33 LGAs.

“The outgoing State Exco under my leadership has just met and we unanimously resolved that no individual or group would be encouraged to polarise the remaining Congresses and to this end, we have agreed that major stakeholders would join hands and obtain nomination forms for all candidates expected to be brought forward after harmonization by all stakeholders in each of the 33 local government areas.

“We do not want individuals or partisan sponsors to start purchasing nomination forms so as not cause confusion.

Therefore, we are appealing to all privileged party leaders, faithful and supporters to donate their widow’s mites for this cause. Such donations should be paid directly into the bank account of Oyo APC from Monday. We promise to make everything transparent as all relevant details would be made public in due cause. Personally, I assure all party members of fairness, equity and justice.” Chief Oke submitted.