by Brooom
in National Security
2 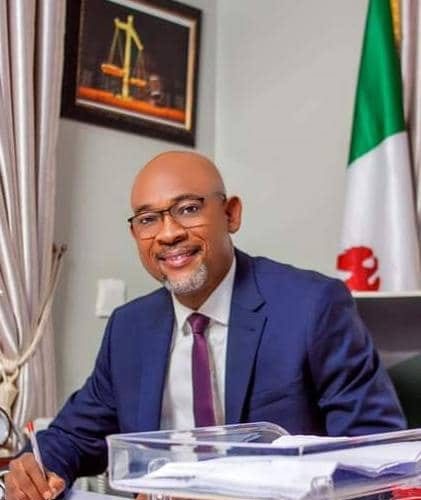 The National President, Association of Local Governments of Nigeria (ALGON), Hon Kolade Alabi David, has declared his support for state police in the country.

Alabi expressed his support in a statement released to newsmen in Enugu, on Wednesday, at the end of the Association’s National Executive Committee meeting in the state.

He urged the Federal Government to grant the request for state police, so as to enhance the nation’s security.

“We also use this medium to call on the Presidency to grant state police. To me, security is a bottom-top approach, not a top-bottom approach, and when we adopt this approach to security, the country will be safe for all of us,” he said.

Alabi applauded the Council Chairmen in Enugu State for their efforts at promoting peace, security and infrastructural development in the rural communities.

“From what I have seen so far, they have also performed creditably well. It is not all about building infrastructure, it is also about investing in physiological infrastructure which is what we have seen.

” The Councils’ bosses are promoting peace, art and culture and it is a good one. I thank the chairman of ALGON in Enugu State, Mr. Solomon Onah, for what he has done.

“He has received us well into the state since yesterday. He has conducted the affairs of ALGON very well. And I can say that ALGON Enugu is one of the best in the country,” he said.

Alabi said they were in the state specifically for the NEC meeting and that this was the third since they began rotating the meeting.

“The reason for doing that is for us to assess the performance and the activities of all our people in various states and you will agree with me that it is a good one.

“We can’t sit in Abuja and know what is going on in all the states and all the local government areas in the country,” Alabi said.

In his remark, Mr. Solomon Onah, ALGON Chairman, Enugu State Chapter, expressed delight at the positive testimonies of the ALGON national body on the modest achievements in the state.