#2023 & Successorship: Nigerians Stand To Gain In Tinubu What They Missed In Awolowo n Abiola – Makinde 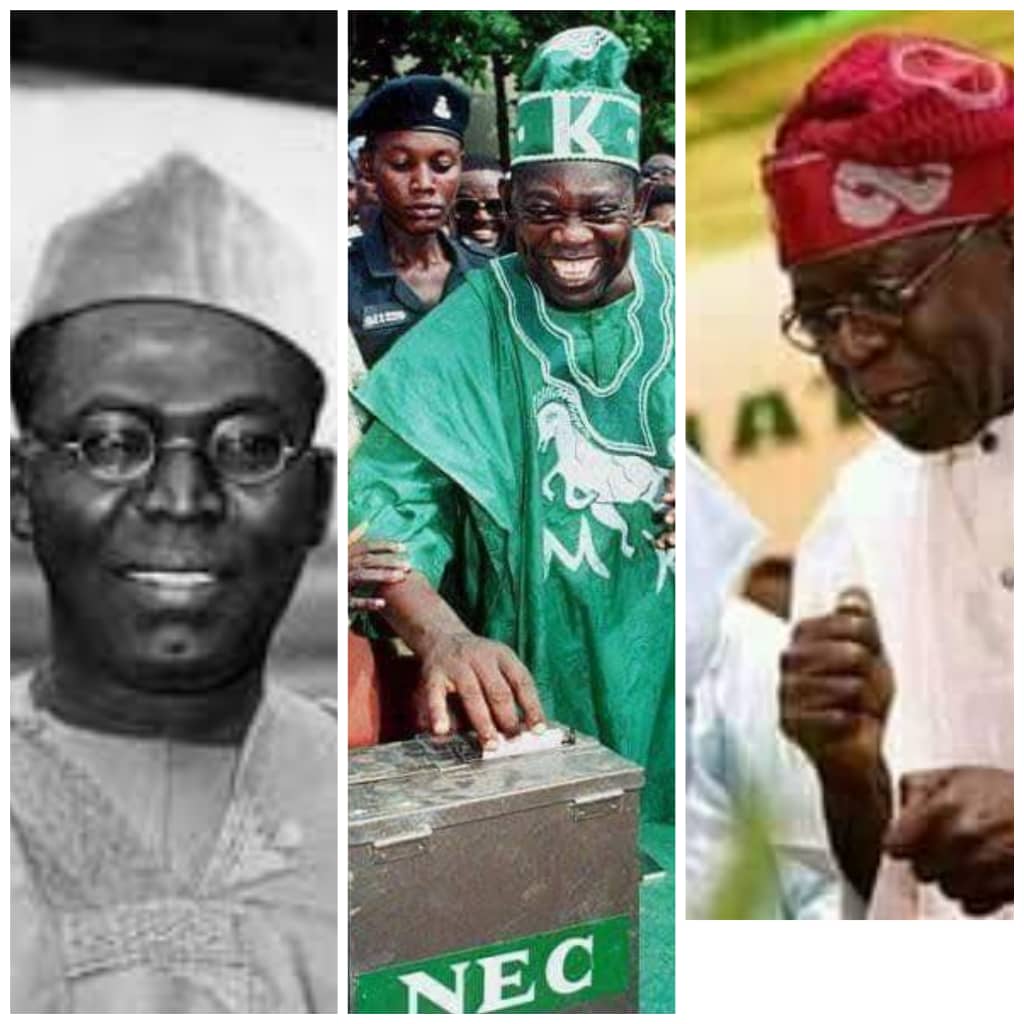 Prominent Yoruba figures have contributed immensely to the development of the Nigerian state. The likes of Herbert Macaulay, Obafemi Awolowo, Samuel Akintola, Funmilayo Ransome-Kuti, Remi Fani-Kayode, etc; they all played pivotal roles in the fight to advance the human rights of the colonized and nationalist struggle towards self-determination prior to independence in 1960.

In the civil wars years, Chief Obafemi Awolowo’s political sagacity and strategic role helped the country remain united and prevented dissolution of the Nigerian state. Unfortunately when it was time for him to make it to the peak of his political career as Nigerian President, some political hatchet men and destiny killers worked against him and never allowed him reach his goal, painfully so.

Similarly, Chief Moshood Kashimawo Olawale Abiola [of blessed memory] equally took a bold step to take Nigeria out of her political and socio-economic woes by contesting the Saturday, June 12, 1993 presidential election and subsequently defeated his opponent in a landslide victory. Sadly, the adjudged free, fair, transparent and credible election was annulled by the military junta. While trying to reclaim his mandate he was unjustly arrested and incarcerated and later died in detention along with the dreams he had for his country.

However, in contemporary times, no other politician of Yoruba origin has been more successful and influential at National Politics like Senator Bola Ahmed Tinubu. He is the only Yoruba politician whose party while in the opposition defeated a ruling party in a presidential election, thereby controlling the central government.

From his days in NADECO during the military junta, he put everything about him on the line [including his life and assets] and was known for advocating for a return to civilian rule and fighting vigorously for true federalism as civilian Governor of Lagos State, Tinubu’s politics has transcended regional and ethnic parochialism and has assumed a national and progressive approach to politics. Asiwaju Tinubu’s iconic political grace is a sheer reflection of Yoruba politics of statesmanship, which explores the trajectories that have aided the ascendancy of Tinubu as a National political colossus of his generation.

I have a strong conviction that with sacrifice, wisdom and plenty of understanding amongst all relevant stakeholders Asiwaju Bola Ahmed Tinubu stands a better chance to clinch the ruling All Progressives Congress [APC] ticket and of course will win the 2023 presidential election, expectedly with a landslide victory.

As a Yoruba region, it is important for us to call for unity and we need to jettison nepotism and work in solidarity while also rallying support for one of us. Our failure to do just that or to begin to think of one negative and those sins against one another is to allow repetition of history as a region. The candidature of Asiwaju in my own unbiased opinion will douse the tensions in the country and unify us more as a country and foster prosperity, growth and development.

Without sounding immodest, no one is as qualified as Senator Bola Ahmed Tinubu who remained a visionary leader and a great achiever. Only a misled son of Yoruba would not support this course. Who else has that capacity to run for 2023 poll in Southwest? This is the right time for us to push him to be greater than Awolowo and Abiola so that his legacy could go on in the larger interest of Nigeria.

We need to remove the curse in Yoruba land of castigating and being ungrateful to our leaders who are our heroes. When he was the Governor of Lagos State for two terms, he came up with novel and brilliant ideas that have brought great development to the state till date. He created wealth in Lagos State, he engendered human capital development, youth empowerment as well as human capital development which cut across every sector in the state during his time. Asiwaju’s excellent succession plan till today is still a reference point for everyone in politics to emulate in the country.

Aiswaju is undoubtedly a great mentor and trailblazer in the mould of the great sage and we must support his presidential ambition at a time like this. In the end we do not want the appellation that ”Aswiaju Ahmed Bola Tinubu was the greatest president never had”, God forbid.

The road to a greater Nigeria through South West region remains a collective responsibility and non of us must must be left out in this purpose-driven agenda to make Asiwaju Bola Ahmed Tinubu Nigeria’s next President in 2023. We can, and we should. May God bless and prosper Nigeria. Hon Rotimi Makinde reporting for;