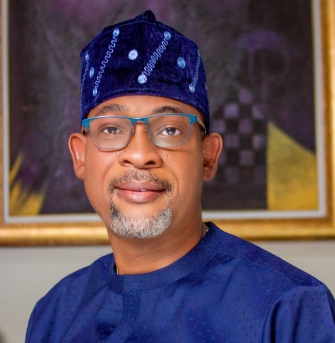 The Association of local governments of Nigeria National President, Hon. Alabi Kolade David has said that this year’s Democracy’s day is a unique one at the twilight of all forces of change and existential threats against democratization at the local
level, which, according to him, have gathered so much momentum in recent times that they can only be resisted or allowed to continue at Nigerians peril.

He said that from the feelers gathered through the just concluded Zonal Public Hearing by the Association, it has been established that democracy has become the legitimate demand of all local communities in Nigeria.

In his words, “today most of the countries of the world are in the process of implementing political and administrative reforms aimed at decentralizing and strengthening their local governance.

“We all know that democracy is not an event but a complex and continuous process and that is why we must sincerely continue to advocate for a strong local governments/Councils.

“Indeed, this June 12 anniversary therefore makes it essential that we collectively weight the gains and losses if we can honestly develop our potentials and resources for growth.

“It is in this regard that this year’s event has been geared towards stock-taking, advocating for the promotion and development of democracy at the local level, identify people’s capacity to
manage development leveraging on our diversities to design appropriate systems to suit various peculiarities through the anticipated outcome of the proposed alterations”.

Alabi also noted that his administration in ALGON with his NEC, BOT and management are convinced that “sustainable development in both strong and in weak economies
can only be rescued if local government is empowered to play its role based on recognized principles of participation and transparency
in a manner that conforms to basic human rights.

“Such according to him is gaining attention from most Nigerians”.

It will be recalled that there have been several clamour for either enactment or implementation of efficient local  government laws as captured in Sections 7, 163, 163/5 of the 1999 Constitution as (Amended), of which even the framers of the constitution now realize that it is not a cookbook with standard recipes for success in Nigeria as it were.

For instance fragmented local governments tenure don’t always lead to productivity which is part of the problem.

ALGON is strongly of the opinion that there is a clearly held truth that unfortunately, the constitutional boundaries established decades ago is presently hurting the system and needs urgent redress.

The ALGON National President also drew the attention of Nigerians as it affects running a fragmented local government tenure as experience has shown that such have not led to responsiveness to local government operation.

Earlier the Chairman Board of Trustees of ALGON Hon Odunayo Ategbero observed that It is a pity that some states are having 1 year, 2 years and even six months under all kinds of leadership nomenclature interim, Caretaker or what have you.

The BOT Chairman noted that “in many of states where such is practiced, development has been a whims and caprices of the state as almost nobody holds them accountable”.

It has been in the national conversation that Nigeria’s political landscape has remained stubbornly resistant to change, a situation whereby such system that would have helped to overcome the yearning gaps between the rich and poor has remained unaddressed thereby creating terrible boundaries.

He noted that through a strong local government system the country will make education work, have functional local/magistrate courts for prompt àdministration of criminal justice and jurisprudence, promote peace through youth engagement, provide quality learning and teachers for foundational impact, widen civic engagement, and expand advocacy for law enforcement.

He added that the council system will also ensure tax compliance, oversight the traditional rulers and faith based entities-engagement will effectively make the system work through other activities that can shore up IGR profile for meeting the huge responsibilities heaped on the Local Governments/Councils as enshrined in the 4th Schedule to the 1999 Constitution as (Amended), and so on he stated.

Lending her motherly voice, the Director-General of ALGON Hajiya Binta Adamu Bello called for refocusing on the things that matter to people and especially through regularization of elections in all the states to entrench
democratically elected Chairmen who will help to create more responsive leadership at the rural levels.

It was a joint opinion of the Chief of Staff to the National President, Hon. Itiako Ikpokpo, and the ALGON National Legal Adviser, Hon Taofiq, National Publicity Secretary, Hon Solomon Onah, and others member of the NEC that the June 12 as auspicious day is strategic to encourage all statesmen and founding fathers to address Local Governments problems, which could be solved by simple compliance with the long yearnings of the people through a bottom up development approach for virile local governments system that will impact all, including providing an atmosphere of strong legislative functions and access to funds that will take over the outmoded budgetary provisions, increase checks, balances, provide due diligence, encourage key performance indicators which have all kept the system on its knees.

They urged that the constitution be amended to address these issues.

They also believe that the June 12 anniversary will offer another important time to emphasize that the present Nigeria Constitution is a recipe for unresponsive governance, which has been creating room for perpetuity of dysfunctional leadership without ample time to plan or tackle development needs squarely.

Finally, the National President Hon. Alabi crowned the message with a rider and kennels that “for a conscientious political will, focusing on freeing the Local Governments/Councils to thrive, nothing but growth and active rural development will be the result”, the leaders concluded. Street Reporters Newspaper reporting for;