2023 & SW Successorship: Tinubu Looked Unstoppable Before He Got Into Politics – Akinyelure 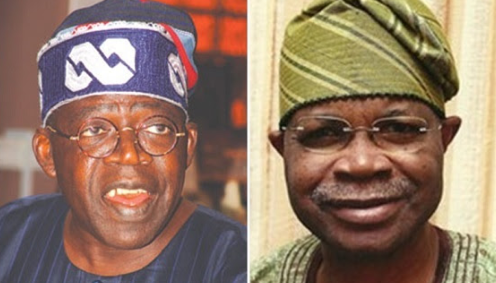 Pius Akinyelure, the former boss of renowned poltician, Bola Tinubu at Mobil has detailed how the leader of the All Progressives Congress started his sojourn into politics.

This was disclosed by Akinyelure in a recent interview.

He detailed how Tinubu appeared for an interview at Mobil “and we scrutinised his credentials. We referred all his credentials to the awarding institutions and we found out at Mobil that they were genuine and authentic.

He would never have been employed by our organisation if any; no matter how minute, of his credentials, was found wanting.

“We employed him as senior Auditor. A few years later, Tinubu carried out a very comprehensive audit like never before; which indicted many Directors including the MD of Mobil. This led to the suspension of the MD.

“The company now needed a new Treasurer who will renew the battered image of the company which came about as a result of Tinubu’s Audit; so we the remaining Directors thought that only the man who did the audit was in the best position to help the company out. And he was appointed as the Treasurer.

“A few years later, he came to meet me that he would want to resign from the company to join politics so that he can serve his people and humanity. He was already looking very unstoppable. That was how he left Mobil and joined politics” He stated.

READ ALSO:  Ondo 2020: Indirect 1 vs Direct 10. State APC or CEONCPC who gets the gun for the mode of primaries? Brooom Nigeria