by Brooom
in Foreign News, News
0 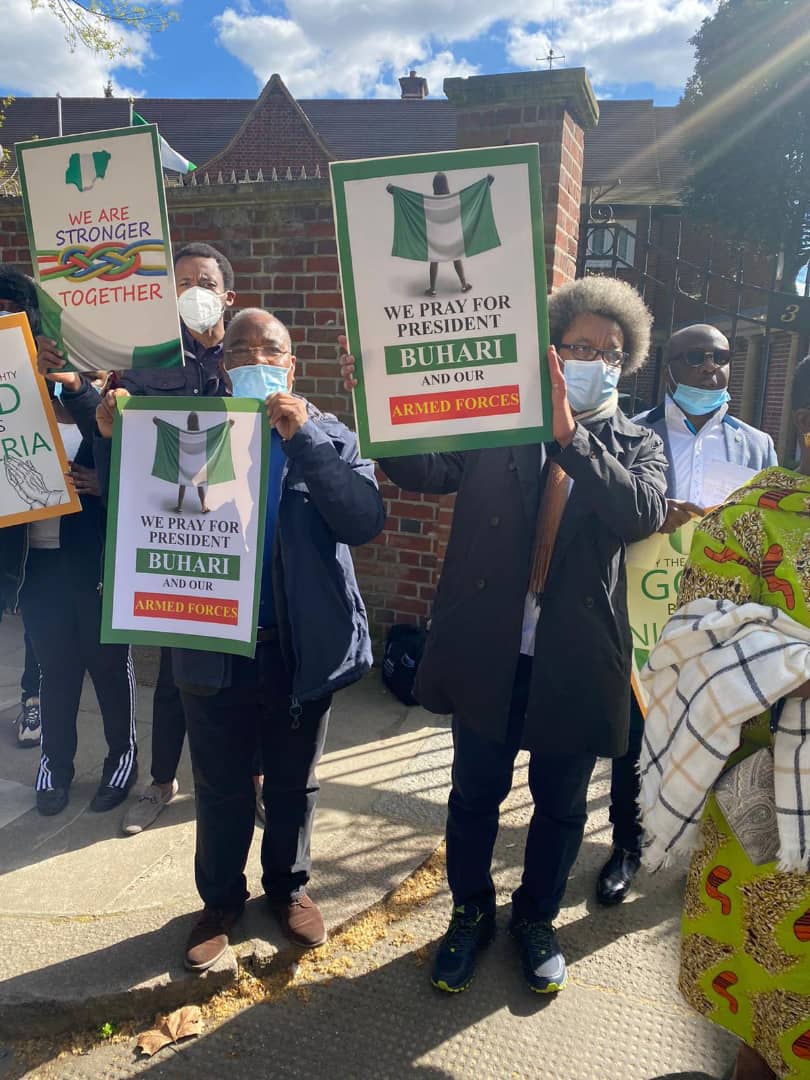 Following demonstrations in the United Kingdom (UK) over President Muhammadu Buhari’s medical trip to the country, a group of concern UK-based Nigerians has debunked allegations that 75 Euros were received from the Federal Government to participate in a solidarity march for the President at Abuja House in Campden Hill, Kensington, London.

The demonstrators argued that they were individuals including entrepreneurs and gainfully employed Nigerians that earn more than the 75 euros been peddled around as money paid to them for their participation at the Abuja House march and that none received such funds before participating. 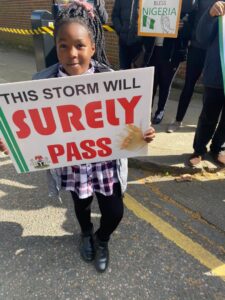 They said that their participation in a solidarity march for the president was not induced by anyone through money, rather they decided to get out of their houses, leave their jobs and other activities as well as not minding the weather condition, to protect the image of Nigeria that was been portrayed in a not too good manner.

The Nigerians added that their concern after watching some individuals barricade the structure that serves as the symbol of Nigeria in the UK struck a chord in them and that they felt there was a need to hold a solidarity march and correct the wrong impression been peddled around after the arrival of President Buhari into the country.

Speaking on behalf of the demonstrators, Chairman of Diaspora channel committee and All Progressives Congress (APC) in UK, Philip Idaewor, in an exclusive interview with The Guild yesterday, said that the allegation indicated that some people were not happy that they organised a solidarity demonstration for the president. 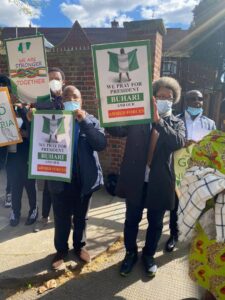 Idaewor, a medical practitioner and lecturer, stressed that rather than engage in activities that could tarnish the country’s image, they would continue to think of what would benefit Nigeria.

He said: “It was bitterly cold this morning when I came out of my house, for someone to pay any of us 75euros to get into the snow and stand as solidarity, I think that will amount to being insulting.

“My former students who are consultant doctors around the world will wonder if their former teacher would ever do such a thing. The reality and fact are this, we are Nigerians, we have to think of the best for our country.

The chairman, meanwhile, stated that the medical trip of the president to London was not because he could not get the treatment in Nigeria but was a continuation of the treatment earlier been received from his physicians before assuming office.

Idaewor stated that like any other Nigerian, the president has the right to life and should be accorded the same to perform his constitutional duties for the nation. 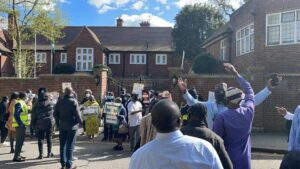 “I am not defending any political policies, what am simply saying is that the man has the right to life, and no matter how angry we are, we should support his right to life”, the chairman added. The Guild reporting for

2023 & Southern Nigeria Successorship: Tinubu Has All It Takes To Govern Nigeria- Afenifere