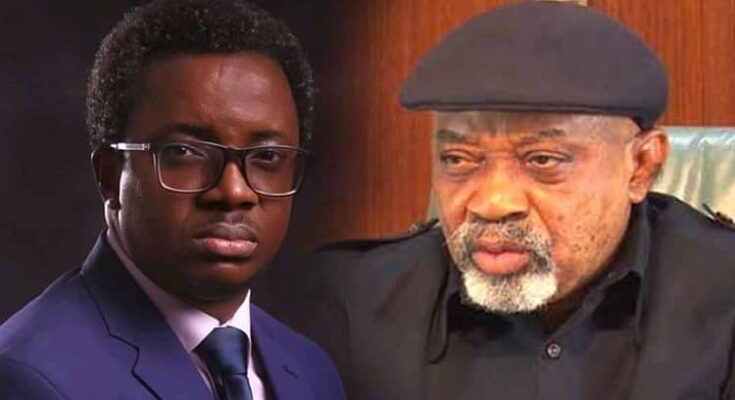 The National Association of Resident Doctors (NARD) have faulted the Minister of Labour and Employment, Chris Ngige and the Minister of Health, Osagie Ehanire on the government’s position regarding the industrial action.

Speaking during an interview on Channels Television’s Sunday Politics, NARD President, Uyilawa Okhuaihesuyi, insisted that their demands must be met.

He accused the federal government of Insincerity, noting that it has just met one of the seven demands of the doctors.

“Is there sincerity there that you expect us to sign then you go to sleep after signing the MoU? We stand on it, we are going to continue the total and indefinite strike until all these are met.

You can use the big cane, the antics of government ‘no work no pay’ or bring local doctors because local doctors that can now take over specialist doctors or doctors in training can do surgeries, can be a neurosurgeon, an orthopaedic surgeon or a cardiologist because you want to substitute the truth for falsehood,” he said.

Recall that Ngige had on Friday warned that Federal Government will implement the ‘no work, no pay’ on the striking National Association of Resident Doctors (NARD) if they refuse to resume work.

He also insisted that the government had met the demands of the striking doctors, wondering why they were yet to call off the industrial action despite efforts by the Federal Government.

2023 & SW Successorship: Tinubu Looked Unstoppable Before He Got Into Politics – Akinyelure