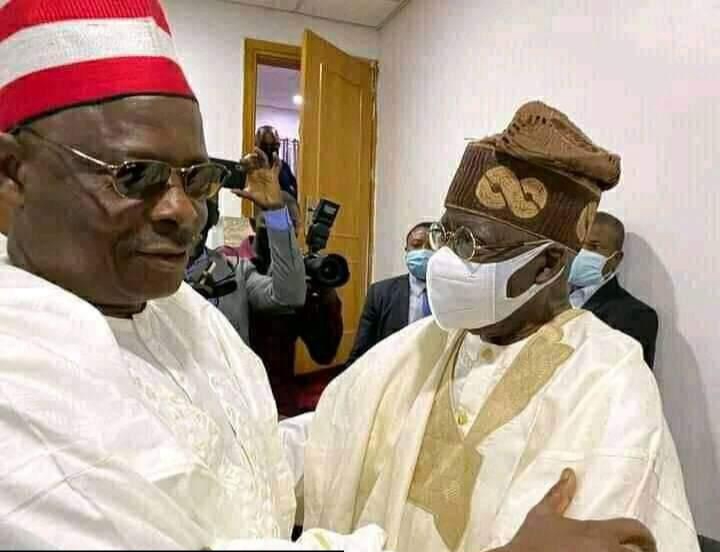 Asiwaju is on a HIGHWAY, the Jagaban of Nigerian politics, Asiwaju Bola Ahmed Tinubu has once again sent shock waves across the country.

His current visit to the North is making so many haters uncomfortable it is a case of all eyes on Tinubu. No doubt the 2023 presidential elections must elicit wild reactions in that the incumbent President Muhammadu Buhari would be stepping aside.

One big question on the lips of many is who has the political clout, sagacity, swag, intellect, popularity that can take over from Buhari?

Indeed Nigeria is going through challenging times and only a well respected and focused personality is needed to stir the ship safely to shore where the land would be flowing with milk and honey.

Only one man keeps reverberating in the political scene as a likely successor to Buhari. So intense is his popularity that every single thing about him elicit diverse reactions.

With many excited about his rumoured entrance into the presidential race because of his sterling leadership qualities.

I recall some few years ago in Lagos while discussing with a client late into the night he looked at his watch and said Osigwe the time is late let’s call it a night and continue at the break of dawn, he said “Lagos by now go don go sleep so let’s talk tomorrow”

I was like how can Lagos go and sleep, he looked at me and said my Editor it is 2 am by now I expect Asiwaju Bola Ahmed Tinubu to have gone to bed.

I laughed out loud when I realised he was comparing Tinubu to Lagos State, he meant that at that time the best brains behind Lagos must have called it a day so we should reschedule our meeting and go have a rest.

Today if Tinubu wakes up in the morning “na then Nigeria wake up be that”. Tinubu has turned a nightmare to haters who do not even have a credible alternative to Buhari but are just envious of the soaring popularity of Tinubu.

It all started yesterday when Asiwaju Bola Ahmed Tinubu was a guest in Kaduna State as the chairman for the 11th annual edition of the annual Arewa House lecture.

His entrance practically shut down Kaduna State with massive jubilation from people on the streets, livid with anger with the excitement Tinubu was received by the populace the haters were left groaning.

The former Kano State Governor, Rabiu Musa Kwankwaso was on the ground to receive Tinubu and his entourage, in short, he sent haters into deeper mourning when he was all over showering praises on his political ally and friend.

Bearing in mind that haters have opined that the North would reject Tinubu if he declares the intention to contest for the 2023 presidency the show of solidarity by Kwankwaso was a deep punchline to these traducers.

Hear Kwankwaso speak on Tinubu, ‘You can’t buy a good leader in the market. A good leader sells himself to the people. That is why we are here”-Musa Kwankwaso.

Read Also Why Obasanjo May Have  No Option Than To Support Tinubu For 2023 Presidency.

Painkiller, that was too much to swallow. So yesterday the wailers had to stay glued to the live broadcast on television screens across the globe looking for a slip to mock the Jagaban.

Tinubu’s entrance to the venue was GRAND, with a  standing ovation everywhere the Jagaban apparently stepped his feet on his GLOWING and over FLOWING Agbda and he missed a step.

Boom the traducers went to work, Headlines Like Tinubu Collapses, Tinubu Falls In Kaduna Rushed To His Feet By Aides, etc, all these people that will never share or like someone’s post as if they are not interested in politics suddenly started sharing erroneous headlines to further feed the appetite of their confused and deluded followers. Like begets like.

Anyway, Tinubu is on a highway just after days of donating a whopping 50 million to victims of the burnt Katsina market disaster he flew into Kaduna and now he has announced he would immediately refurbish the famous Ahmadu Bello University, another banger for the haters.

As if that is not enough the Jagaban has proceeded to Kano State where he was received by General Ganduje another brutal political nightmare to haters.

Buhari is to chair the event with Osinbajo serving as a host. Level pass that one again?

It is sure going to be a weekend of NIGHTMARES. Tinubu is on a HIGHWAY. Indeed the Eagle, Asiwaju Bola Ahmed Tinubu has landed. Osigwe Omo-Ikirodah reporting for;

Tinubu: Working out a new agenda at 69- Kunle Oyatomi