Tinubu: Working out a new agenda at 69- Kunle Oyatomi 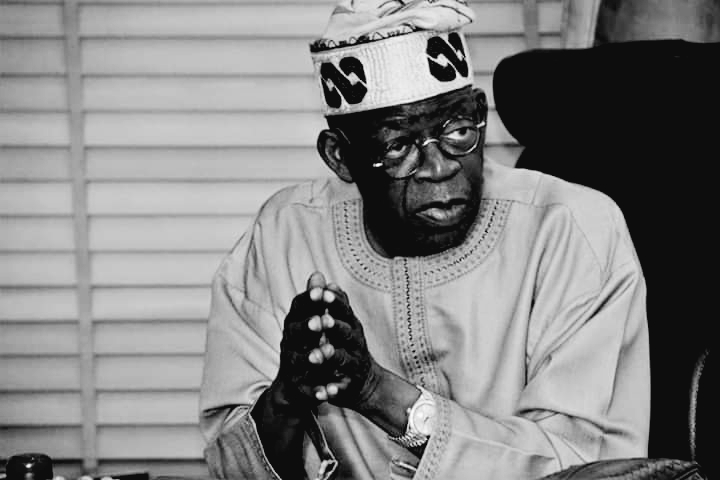 Tinubu: Working out a new agenda at 69  -Kunle Oyatomi.

Many analysts have concluded that as Asiwaju Bola Tinubu marks his natal anniversary on March 29, 2021, when he turns 69, he might also turn a new page in his political calculations. According to these pundits, Tinubu is likely to drop the colours of a kingmaker and scheme to ascend the throne himself when it’s time again for the ‘game of thrones’. They claim the man has operated outside of the orbit of power for too long; and in 2023, the year of the next presidential poll in Nigeria, this man might say he’s paid dues and therefore qualified to be the monarch of the manor.

If he does, Tinubu would be following the tradition of some notable African rulers. Ethiopia’s strongman in the 80s and 90s, Mengistu Haile-Mariam climbed into the throne after years of installing military leaders. Same with Jerry John Rawlings of Ghana. He departed from office after his regime supervised an electoral process that brought in a civilian government. Not pleased with the president he handed over to, Rawlings staged a comeback coup and installed himself the martial ruler, later on transforming into a civilian and winning an election to become Ghana’s president. So, according to contemporary records, kingmakers can be kings also.

But this extant history is not the only foothold of Bola Tinubu, if he sets his eyes on capturing the prized political position in 2023. This former governor of Lagos State and National Leader of the ruling party, All Progressives Congress, APC, has in his kitty a formidable arsenal which would be hard to subdue. Contestants who emerge against the Jagaban of Borgu would have their own weapons. Would they match the array of Asiwaju?

Can they boast of the singular feat of being the power behind the emergence of a president, his vice, the appointment of a couple of cabinet ministers and the appearance of several presidential aides in the current federal setup? In the states too, Tinubu has used his clout in the party to enthrone eligible governors, commissioners and council chairmen to serve the people under the regnant democratic dispensation. That, surely, is a testimony to Tinubu’s prudence, vision and power to strategize. Many who accuse Tinubu of unproven charges of ‘inappropriate’ Machiavellian tactics to achieve all these are said to be actually envious, wishing they had his political sagacity. They are also victims of political ‘myopism’, unable to discern that politics is about long-term planning behind the scenes to establish an impregnable support base which could come in handy in future.

Tinubu began to break into the scene in the 1990s. After the June 12, 1993 presidential poll was annulled by the military authorities, Tinubu became a founding member of the pro-democracy body, National Democratic Coalition, NADECO, to struggle for the restoration of the victory of Moshood Abiola, who won the ballot. In 1993, Tinubu fled from the draconian rule of Nigeria’s military leader, Sani Abacha, returning four years later and winning election in 1999 to be the governor of Lagos on the ticket of Alliance for Democracy, AD.

Tinubu’s two terms were eventful. He initiated new road construction schemes and made large investments in education to meet the needs of the fast-growing population of the state. A great achievement in his era was the creation of new council areas that set up a clash between him and the central government of the Peoples Democratic Party, PDP, headed by Olusegun Obasanjo. In protest the federal government seized the statutory allocations meant for the councils in Lagos, expecting to cripple Tinubu’s government and force him to return to the status quo on the council creation. But Tinubu held his ground. He steered the affairs of state without the fund appropriated by Obasanjo.
It is this knack of always sticking to principles and cause he believes in no matter what it costs that drives Tinubu in all his undertakings in public service. It is a lethal weapon when he wields it for political pursuits.

Whether or not he works out a new political agenda, We wish the Jagaban a Happy Birthday and many more years of fruitful service in the interest of Nigeria, our beloved country!

OYATOMI is the Director of Publicity, Research and Strategy of APC, State of Osun…

The Eagle Has Landed: Tinubu's Weekend In The North Sends Shock Waves Across The Nation.