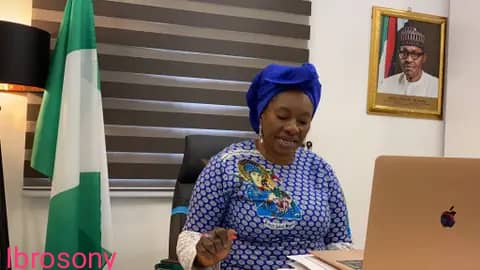 The Minister of Women Affairs, Pauline Tallen, on Wednesday, led a high-powered delegation of women, to the National Secretariat of the All Progressives Congress, to demand for a 50 per cent representation of women in leadership positions.

Tallen, who led the delegation to submit a memorandum to the APC Constitution Review Committee, noted that it was time the Nigerian the female gender was given its pride of place in the scheme of things both within the party and in government.

She said, “We demand affirmative action. You will agree with me that women toil and give the highest votes in all the elections. The absence of women in the party structure is what bothers women. We are here to demand for the amendment.

READ ALSO:  We Would Register Nigerian's Freely in a Fair Manner. No Cheat! No Neglect!! - Lagos APC

We were aware last week; the party inaugurated the Committee for the amendment of its constitution. Immediately we heard about the constitution of the Committee, we swung into action. We happened to be the first because we agree that we are the most marginalized. And that is unacceptable for national development. We are here to demand affirmative action.

According to her, women were tired of tokenism, noting that they were ready to be treated fairly, if not equally with men in the political space.”

The minister, however, commended the President, Major General Muhammadu Buhari (retd.), for his pro-women disposition to governance.

Chairman of the APC Constitution Review Committee, Prof. Tahir Mamman, SAN, received the document on behalf of the party.