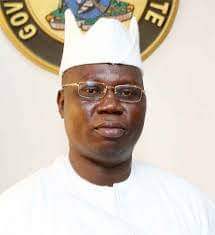 The Aare Ona Kankanfo of Yorubaland, Ganiyu Adams, has condemned the arrest of Oodua People’s Congress (OPC) members involved in apprehending the suspected kidnap suspect, Iskilu Wakilu, by the police.
He said the arrest was unfortunate, recalling that major breakthroughs recorded by the police in Oyo State were through the cooperation of the local security outfits, including OPC and vigilante.
The OPC leader said the group had contacted its lawyers to determine the way forward.
Adams said the group will not be deterred by the onslaught of the police in its patriotic determination to rid Southwest of kidnappers, arsonists and other criminal elements.
The OPC leader said stakeholders will not allow insecurity in Yorubaland to degenerate to the level of monumental tragedy ravaging the Northeast and Northwest.
He told reporters in Lagos that the arrest of the OPC members after they had apprehended Wakilu was in bad faith, adding that he suspected that they were arrested, based on order from above.
Adams said: “It is unfortunate that the Nigerian police acted like that. What they did made us to regret our support for them when hoodlums hijacked the #EndSARS protests.
“Wakili has been acting like a terror. No police, no security agent could arrest him. He was involved in series of kidnappings in Igangan, Ayete, Igbo-Ora. He was the godfather of kidnapping.
“The police made two attempts to arrest him. They went with between 12 and 15 vehicles. The chairman of the local government harboured the policemen for two weeks. They could not arrest them.”
The OPC leader said 40 members of the group were involved in the serious operation in the village that led to the apprehension of Wakili, adding that they deserved celebration, and not arrest.
He stressed: “Wakili’s kinsmen were with guns, bows and arrows. When OPC stormed the place, his boys escaped, moving among cows, and they went to the Republic of Benin. Between 6pm and 7pm, Wakili was got. The Nigerian police do not want security and safety of our people.”
Adams said Wakili is not blind as being speculated, pointing out that he is pretending.
He stressed: “He came to Kara last week to buy drugs and food. He is acting drama. He was arrested in his house and put on a vehicle. Then, the police arrested OPC members. The police acted like that because of order from above.
“The kings and community leaders perceived Wakili as a spirit, who could turn to anything. The DPO and OPC had been strategising on how to arrest Wakilu. Sixty percent of the breakthroughs of the police were through the support of OPC and other local vigilante groups.”
Adams said the Southwest Stakeholders Security Group will not allow insecurity in the Southwest to degenerate to the level of Northeast and Northwest.
Urging Yoruba to unite, he added: “Our problem is disunity. Yoruba native doctors strengthened Wakilu. All of us should cooperate together to make the Southwest safe.”