#International Women Day: Women Are The Real Architects of Society 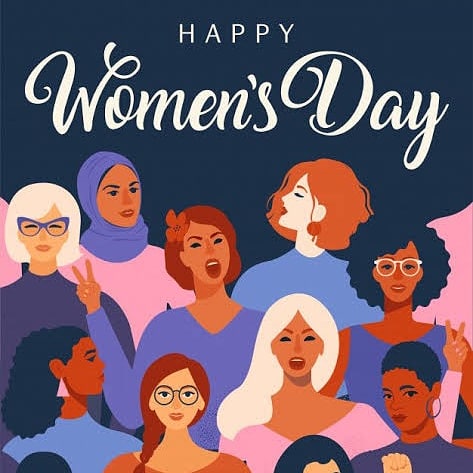 Today everywhere there is a talk about Women Safety & Women Rights. Our patriarchal society has suddenly woken up to these important issue which was totally ignored since time immemorial. In spite of the fact that women and children represent 75% of the world’s population, it is still women only who are primarily responsible for bringing up their children because they have the necessary values that are the essential building blocks of a harmonious family. They are filled with love, affection and goodwill as natural instinct.

According to the Merriam Webster dictionary, described an architect as “a person who designs and guides a plan or undertaking”

A businessman will think of a beautifully made designed of a building or home, he can’t help but to think of the architect(s) who envisioned it and designed it. You can’t have a finished building or home, without an architectural design. The same applies to our country. We can’t “Make Nigeria Great” as a country, without having the real architects of society being a major part of its growth and development – those architects are women.

Sometimes, men need to get that reality check about who really runs the world.

Women as an architect, who don’t force their way into leadership, they just organically find themselves in a leadership capacity because it already in their DNA to be leaders, even if they don’t have the title, pay or position that reflects the level of leadership they are displaying.

Women in our society have been considered as inferior to men for many years. Because of such type of inferiority, they have to face various issues and challenges in their lives. They have to go extra miles than men to prove themselves equivalent to men. People in the middle-ages considered women as key to destruction, so they never allowed women to go outside and participate in the social activities like men. Still, in the modern age, women have to face many more problems in their daily lives and struggle a lot to establish their career. Many parents prefer to have only boy baby and allow education to boys only. Women for them are only medium to keep the family happy and healthy.

Women in Nigerian do not have equal access to autonomy, mobility to outside the home, social freedom, etc. than men. Some of the problems faced by the women are because of their domestic responsibilities and cultural and social specified roles.

The major issues which women have to face in Nigeria according to NOIPolls, a public opinion and research organization based in Nigeria owned by the DG WTO, Ngozi Okonjo Iweala, l in their 2019 research on the SOCIO-ECONOMIC CHALLENGES WOMEN FACE IN NIGERIA are lack of Financial empowerment, poverty and lack of access to quality education, considering the unacknowledged role most women played in development and the need to ensure equal opportunities for the enhancement of sustainable human development,
Based on the poll interview conducted among women across the country, the results identified lack of financial empowerment (42%), poverty (35%), access to quality education (33%), gender inequality (19%), domestic violence (19%), sexual abuse (19%), cultural discrimination (19%), gender discrimination in employment (17%), religious discrimination (14%), physical abuse (13%) and rape (11%) as some of the challenges women face in Nigeria amongst other socio-economic challenges.

In the survey background of the report, which says : “Globally, women are key contributors in the development of any country. However, the issues of women exclusion and low participation in politics and decision making have continued to generate attention worldwide. Though men and women are biologically and physiologically different, they both attain the same educational qualifications, socio-economic status and occupation among others. Yet, women are unequally represented in some aspects of public life”.

Women’s social role in Nigeria differs according to religious, cultural and geographic factors. Women’s role is primarily understood as mothers, sisters, daughters and wives. Additionally, women’s roles are in accordance with ethnic differences and religious background, with most women in Northern Nigeria being more likely to be secluded in the house than women in Southern Nigeria, who participate more in public life. Modern challenges for the women of Nigeria include child marriage and female genital mutilation

To keep an open mind, it is important to recognize the difficulty in being truly objective. Research has shown that most individuals sketchily overestimate their ability to be objective, not only because it is a human tendency to do so, but also because the corporate world and societies have prolonged this myth about human objectivity

Clearly humans are not objective thinkers, we approach each person we encounter with a set of ideas that we have developed through experience, knowledge, hearsay, media portrayals, and taught behaviors.

Educating and giving power to the women is of great importance which needs to be followed in the society to bring women empowerment and development of society. So We need women, not just to give birth to our children, but to continue to be the visionary, organizational, strong, bold, logistical, serviced focused, considerate, philanthropic, business minded and civic leaders we have always needed in this country, and that we need today in Nigeria. Without women, we are absolutely nothing, and we’re definitely not able to operate at our highest potential without women.

None of us would be here if it weren’t for a woman giving birth to us, which is one of the most painful, inconvenient and sacrifice that any person could ever endure. Yet it takes a tremendous amount of strength to carry out that sacrificial act of love. Women have a strength and boldness about them that is second-to-none, and we must acknowledge that.

So as we celebrate National Women’s Day this year, and every year, let’s stand in with a common goal to support and celebrate women successes, advocate for their rights, because at the end of the day, y’all, we need women – The Real Architects of Society. Ruquayah Shittu reporting;