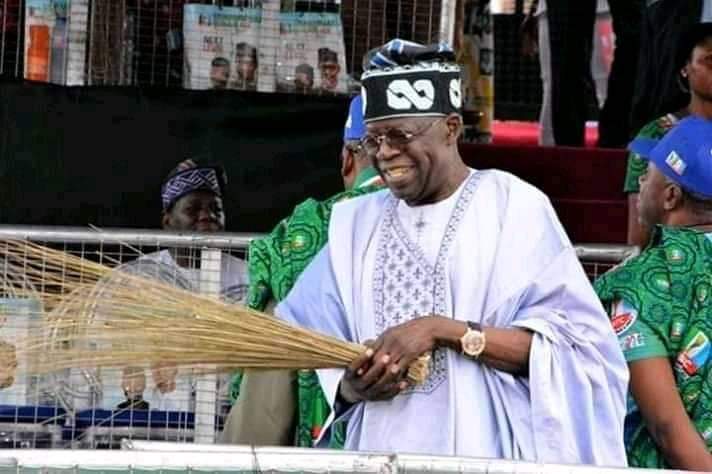 When egghead and cerebral leaders who are perceptive or reticent speak, their words are often weighty and evergreen. Such words will continue to be reference points for years to come. One of such leaders is Asiwaju Bola Ahmed Tinubu, the National Leader, All Progressives Congress, APC.

It is not surprising, neither is it stupefying that there have been several news reports going round in the media – both traditional and social on some baseless insinuations and innuendoes that the nation’s anti-graft agency, the Economic and Financial Crimes Commission(EFCC), had concluded its plan to revisit a discarded, time-wasting and buried case, with no prima facie stance, of the respected two-term governor of Centre of Excellence State, Lagos and the architect of the ruling All Progressives Congress, APC, Asiwaju Bola Ahmed Tinubu at the Code of Conduct Tribunal (CCT). It remains a figment of the imagination of the fifth columnists and some political ‘orphans’ who are intimidated by the enviable and continual rise of the personality of a man who has become unarguably a living trailblazer.

Leading this artifice of beer parlour gossip with the sole aim of hoodwinking the unsuspected public and overtly also for pecuniary gains, is The PUNCH newspaper after which other media platforms went frenzy with such gobbledygook. This move by the said news media platform is not surprising after all. Asiwaju Bola Tinubu has once said about himself that, “I am in the news more because I’m working. Nigerians discuss active men in the field.” He would go further to reiterate the obvious fact that, “Mentoring any negative news about me will double the wealth of any news media that published it. My name today is a financial market for journalists, not even elected politicians get the publicity I am enjoying.” So, it is understandable when The Punch newspaper came up with bogus headlines. It knew the public would rush such a story like ants would on sugar. It knew it would drag massive traffic to its portal. It needed to ‘cash out’ and indeed, it did cash out. But then, what does it make of the news? Does it revalidate its genuineness? Of course, not. The aim was achieved – make money!

However, one thing remains sacrosanct and this must be put out in the public so that unsuspecting Nigerians will not be misinformed. And that is the fact that such news remains fake, fictitious, sham, imaginary, phoney, bogus and should therefore be treated with a pinch of salt. It is the orchestration of those who see the rising profile of a man who has mentored several other economic connoisseurs, political virtuosos and maven leaders with unequalled deliverables as a big threat to their political aspirations.

As a matter of fact, as of this date, March 8, 2021, there has not been any communication – whether official or otherwise from the office of the Economic and Financial Crimes Commission (EFCC) to the APC National Leader. The ooze of such odoriferous news remains in the media space only to be consumed by the regular ‘buyers’ of such unfounded tale by moonlight jabberwocky – the naysayers and misanthropes. But to all seekers of truth, the news is as good what it is and where it is meant for – the trash can!

Nigerians are not bereft of history. Need we tell these purveyors of fake news that their legerdemain is dead on arrival? Nigerians, nay, the whole world was aware that by November 30, 2011, all cases against the person of Asiwaju Bola Ahmed Tinubu at the Code of Conduct Tribunal (CCT) was not only thrown out like garbage that it was, but it was also ruled that the prosecution failed to establish a prima facie case against the person of Asiwaju Tinubu as no evidence of proof or affidavit was provided by the prosecution counsel to the court.

To refresh the memory of the nitwits peddling such tales by moonlight or instigating the intimidation of Asiwaju, Justice Danladi Yakubu Umar, the Chairman of the Tribunal (as it were then) held that allegations that Asiwaju Bola Ahmed Tinubu operated several foreign accounts and sundry allegations while he held sway as the Lagos State Number one citizen for eight (8) meritorious years were not substantially proven by the prosecution counsel, Alex Iziyon (SAN) and therefore quashed all charges forthwith. The counsel to Asiwaju Bola Tinubu, erudite Chief Wole Olanipekun (SAN) was able to prove beyond reasonable doubt that the man who has now been cosmopolitan with the title Jagaban had no case to answer.

For the records, Asiwaju Bola Ahmed Tinubu as of today does not hold any elective office aside from being the National Leader of the All Progressives Congress, APC, a ceremonial toga of sort bestowed upon him being the architect of the birth of the party – APC. The question then is why the cacophony about his person? Why the needless hoopla about a man whose only sin is that he was instrumental to the removal of predators of the common patrimony of all Nigerians, the People’s Democratic Party (PDP)? Risibly and ridiculously too, for every one of them who cannot even perform well with their wives in the other room’, Asiwaju Tinubu’s name must be mentioned.

A critical look at why this set of political wayfarers are desperate and bleating up and down may not be unconnected with the 2023 electioneering fear that the man, who has now become an intractable migraine to them may throw his hat into the race ring; and therefore dim their chances. This set of individuals are those the Yorubas call ‘awonalaraka, alainise’ – jobless political jobbers regardless of whether they are engaged now or not.

Let those among them who have ears get this into their oriburuku skull. Let them know that for now, Asiwaju Bola Ahmed Tinubu, the Jagaban Borgu is extremely busy on a national assignment. He is too engaged, working hand in glove with the country’s leader, President Muhammadu Buhari to deliver on the party’s electoral deliverables as contained in the Next Level Agenda than respond to people who continue to dilate their tirade like a eunuch.

For now, whatever gang up from wherever quarters orchestrated on the never-declared-intention of the Lion of Bourdillon by these political wanderers remain an effort in futility. Asiwaju has not said he will be vying for the number position in the country. And even if he intends to, he is eminently qualified to run for The Presidency, just like any other Nigerian willing to so do. His antecedents are enough leverage for him to fly high. It is visible to the blind and audible to the deaf. These scalawags should get busy with their life and leave Asiwaju Bola Tinubu alone. Asiwaju is not your mate! Dr Akin Badeji Lee
London, UK reporting for;