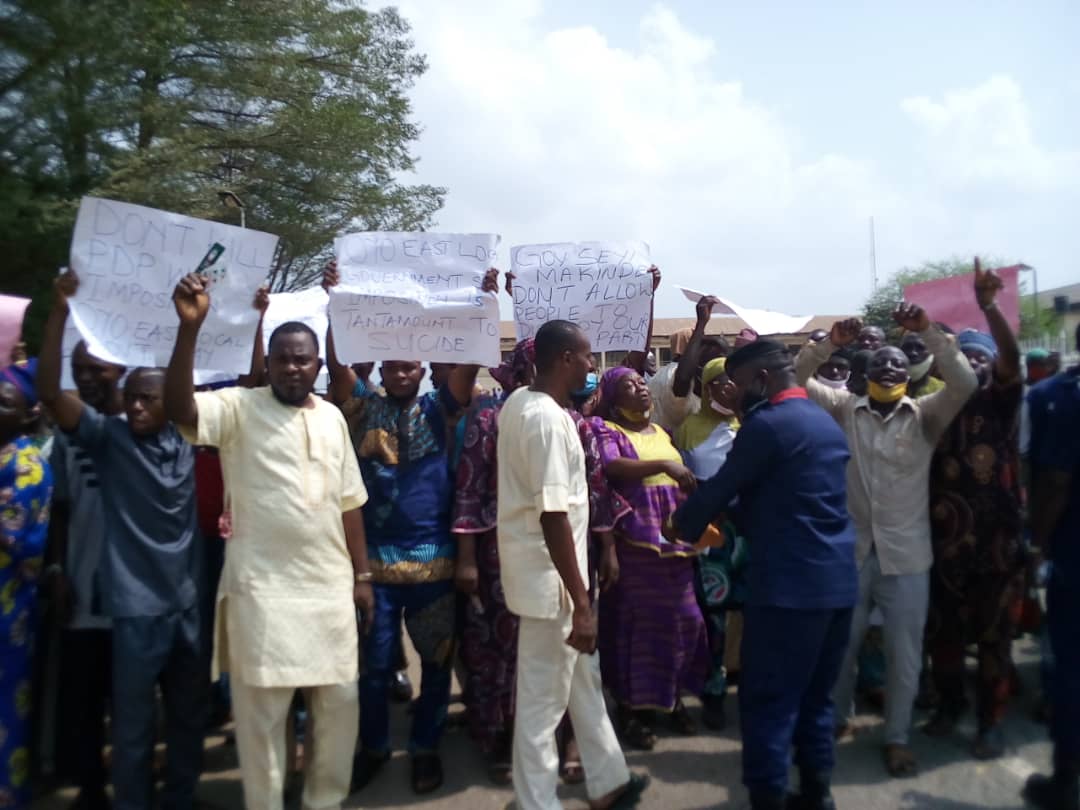 Aggrieved members of Oyo state chapter of the Peoples Democratic Party (PDP) from Oyo East local government have stormed the Oyo state governor’s office to register their grievances following the move suspected to have been a directive from Governor Seyi Makinde allegedly directing the party to resort to adoption of consensus approach instead of the going for party primaries to produce candidates for the the forthcoming local government election.

Mr Lukman Adeyanju, who spoke on behalf of the angry protesters today at the governor’s office, secretariat, Ibadan, wondered why party members after fulfilling all the laid down requirements to contest the party primaries would be redirected to resort to consensus candidates.

READ ALSO:  Oloyede tells lawmakers that parents can afford to pay more for JAMB and more at Miracle Centers

The PDP members who were chanting different songs of protest in Yoruba language, which literally means “We demand for party primaries” they urged the governor not to overstretch patience of party members stressing that there would be political consequences if such move is not immediately reversed.

They however, commended governor Makinde for all his laudable policies and programs since assumption of office as the executive governor of the state.

They maintained that the forthcoming local government election would be Makinde’s first test of ability and capability to deepen internal democracy and appealed to the governor not further stretch the patience of party members who are already prepared for the local government primaries across the 33 local government.

Recall that the ruling party after conducting screening and cleared successful aspirants released another statement which suggested that the party has resolved to adopt consensus approach to produce its party candidates.

Other protesters who spoke to governor’s office correspondents insisted that anything outside of party primaries will boomerang.

The Chief of Staff to Governor Seyi Makinde, Chief Bisi Ilaka, who briefly addressed the angry protesters called for calm and assured that nobody’s resolve will be shortchanged.

He appealed to them to return back to the party for further mutual engagement noting that the Governor and government of the state will not do anything that contrary to the will of the people.