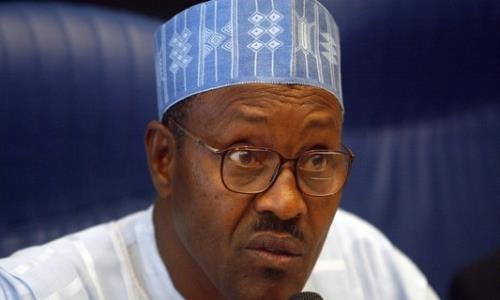 The Senator representing Borno South Senatorial District at the National Assembly who is also the Chairman, Senate Committee on Army, Senator Mohammed Ali Ndume has called on President Muhammadu Buhari to sack non performing Ministers and Special Advisers as well as Service Chiefs, stressing that, “they have over stayed and become dormant without meeting the good intention of Mr. President”.

“Their appointments is a clear issue in the constitution of the Federal Republic of Nigeria. I don’t want to go down into it but the President knows better and everything. He need to make a u turn this time around before the end of the first quarter of the Year as he promised in his new year speech to the nation that there will be a change “, Ndume said.

He also said that the need for the President to sack some of his ancient members was informed by the issue of performance and anti corruption among others against some serving ministers especially those that don’t visit their Constituencies or know their people or have never been in touch with their villages tales of knowing the problems of their people at the grassroots.

Ndume who stated this Sunday in an interactive session with Journalists at his Maiduguri residence added that “, it is necessary and right time for us to implement strictly our SEA formula and strategy to improve on the economy and poverty level of the Nigerian masses”.

“We have although agreed and arranged to pursue it but as an elder statesman who is honest, a number of his cabinet members are not doing enough to reposition the country to a better state as enshrined in the Buhari’s Agenda. He should immediately reconstitute a his cabinet if he mean well for Nigerians in the 2021.

”However, I am very much impressed with the 2020 National budget performance of Mr. Preside t which is better than all the past Preside ts of Nigeria including Jonathan whose performance was rated at 70%.

“But Buhari’s budget performance stood at 90% despite all the challenges. This feat has never been achieved in the history of Nigeria or by any government in power.

“Unfortunately, the impact of the implemented budget has not been felt at most places, especially in the north east due to poor representation from our topmost political appointees at the federal level”. Ndume said.

The Senator further commended the efforts and sacrifices of the Nigerian troops and other members of the Civilian Joint Task Force/Vigilantes to wards ending the boko haram insurgency in the north east and country at large.

On the increasing insecurity and kidnapping which remained a major disturbing issue across the country, especially, the north east in particular, Ndume noted that unless the Nigerian military are provided or given new arms and a munitions as well as sophisticated equipmentsto end Boko Haram and other criminalities

“It will be far from over and unrealistic despite promises made by Mr. President and the Service chiefs that the year 2021 will be free from attacks and other criminalities by March 2021 as promised by both the Preside t and Service Chiefs”,Ndume said.

The e Senator however explained that there was the need for the federal government to do the needful by providing new weapons, train and retrain the troops and replace the long over due deployed troops at the theatre, if really there is the need and seriousness on the side of the government to end the insurgency.

The federal lawmaker also faulted the claims by the Amnesty International that there is human rights abuses in the activities or operations of the Nigerian Army where innocent civilians were killed or the military violated human rights in their operations.

“Amnesty International should desist from unsubstantiated claims, or sitting at the comfort of their offices and write rubbish against Nigerian Army.

” I should think, this is not the the best thing for people to comment on killing innocent civilians or human rights violations,. Even if people will comment on, the best to speak on the matter is those journalists based in Maiduguri Borno state not foreign journalists or outsiders who may have been sponsored to sneak into the town and ask few questions from unreliable and uncreditable sources .

“Then begin to publish anything they want and even to the extend of threatening the Nigerian Army that it will drag NA to International Industrial Court which is quite unfortunately and not the truth narrative. Nigerian journalists should develop the habit of changing the narrative from the negative to the positive narrative in order to make our country better

i”The Borno journalists are resilient Journalists who have been covering the entire Borno or the north east since the beginning of the Boko Haram crisis not Foreign organizations like the Amnesty International”, Ndume said.

According to him, since 2019 to date when he was elected as Senator for the fourth time, he has consistently stand high on seeing to the smooth implementation of his agenda which is ‘Water, Health and Opportunity’ (WHO),.

The Senator disclosed further that in each of the nine (9) Local Government Areas of his constituency, the Borno South Senatorial District, he had drilled more than 10 boreholes, in each of the 9 LGCs apart from the Women/Youths Empowerment programs and sponsorship of over 1000 students from Borno South extraction who are studying in various high institutions in the country.