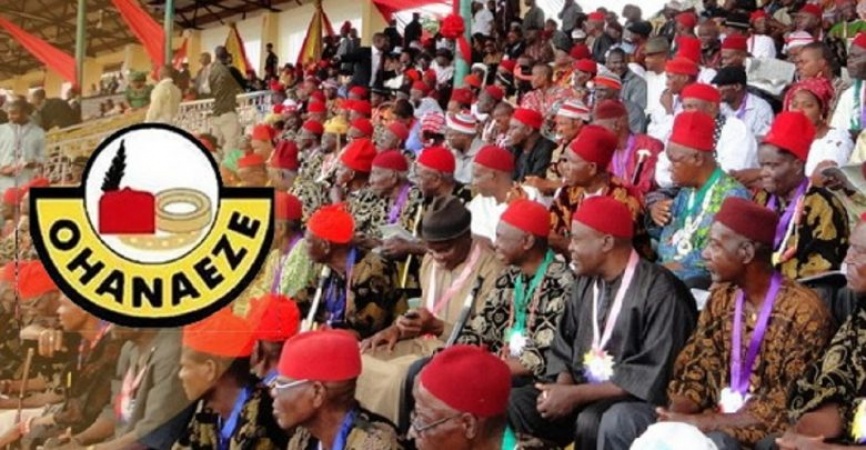 IZUNWANNE, a body of Senior journalists of Southeast origin, has called for a free and fair election in the selection of the next set of leaders for the pan-Igbo sociocultural organisation, Ohanaeze Ndi Igbo at various levels. IZUNWANNE also advised against imposition of candidates for the election.

In a press release on the forthcoming election of the pan-Igbo sociocultural organisation, signed by the Chairman, Sir Abuchi Anueyiagu, and secretary, Elder Ngwuoke Ngwuoke, the body of journalists expressed the need for emergence of a quality leadership that would have genuine intentions and work for the common good of Ndi Igbo without fear or favour.

IZUNWANNE said it has been following the processes to the Ohanaeze election with keen interest and has considered it necessary to call for a free and fair election, to avoid a repeat of what happened in the past where politicians manipulated the system and had their surrogates assume high positions in Ohanaeze Ndi Igbo.

While emphasising the importance of not manipulating the election to favour particular candidates, IZUNWANNE told the outgoing leadership of Ohanaeze Ndi Igbo to ensure a credible election by all standards by giving a level playing ground to all contestants in the election.

“While there could be various interests and subterranean activities going on to manipulate the election for the emergence of surrogates of certain elements for their selfish motives, we urge the organisers of the election or the electoral committee to display utmost sense of responsibility in the conduct of the election.”

Further, it is the position of the southeast journalists’ group to have an OHANAEZE leadership that is not just credible but that will boldly represent the general interest of Ndi Igbo at all times.

On the other hand, IZUNWANNE implored the delegates to the national election of the Ohanaeze to shun any attempt to induce them to vote one way or the other. According to the body, selection of delegates for the election should follow due process and also ensure that every part of Igboland is objectively represented.

“We warn against handpicking of delegates,” IZUNWANNE stated.

The journalists said that the emergence of a new leadership for Ohanaeze should transcend other primordial interests and focus on the overall interest of Ndi Igbo.

They noted that Ohanaeze needs a leadership that will champion the Igbo cause and reposition the Southeast geo-political zone in the Nigerian project, and not one that is either serving itself or certain interests outside that of the common interest.