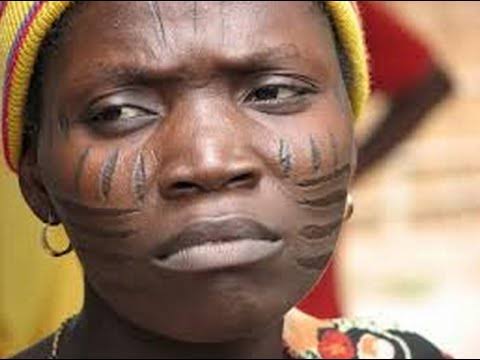 The Yoruba people number over 44 million, making them the largest homogeneous people in Africa. The majority of this population (around 40 million) is located in Nigeria, where the Yoruba make up 15.5% of the country’s population. Most Yoruba people speak the Yoruba language, which is the most widely spoken Niger-Congo language. They share the same language and culture. Yoruba identity is primarily linguistic rather than ethnic, and they include both Christian and Muslim Yoruba.

When Nigeria became an independent country, little consideration was given to the Yoruba people’s distinctiveness and separateness from the other peoples of Nigeria. As a part of Nigeria, the Yoruba people have suffered under governments that are fundamentally hostile to them, and which have allowed countless attacks on the Yoruba people to happen with impunity.

The Yoruba people occupy a clear territory and have their own distinct nation.

Currently, the Yoruba region is the wealthiest in Nigeria, containing 8 Nigerian states (5 of which are in the top 10 wealthiest of the 36 states in Nigeria), including the economically important state of Lagos, which itself alone would be the 5th largest economy in Africa, were it independent. The region is extremely rich in natural resources, the exploitation of which makes up the largest part of the economy. Agriculture is also an important part of the economy.

Lagos, Oyo, Ogun, Osun, Ekiti and Ondo states are considered the heartbeat of Yoruba land in Nigeria. But some other states even in north-central Nigeria have Yoruba as their predominant lingua franca.

Kwara, Niger, and Kogi states in Nigeria’s North Central equally have a large part of their population speaking the Yoruba language.

Judging by the localization of the existing Yoruba speakers in Nigeria, it’s natural to suppose that the language originated from the local Yoruba population. There are several versions of the origin of the Yoruba language. Some of them say that this language has its roots in some Middle Eastern languages and many Nigerians love the thought.

However, it’s already known that the hypothesis is nothing more than a fiction. This myth was created by British colonists to bring in more consolidation and unity among the numerous ethnic groups with their own languages.

Other versions say that there’s some certain Arabic influence on the development and lexicology of the Yoruba language. The point is that there are several Arabic words that do resemble Yoruba ones and vice versa. However, this hypothesis has no good grounds, either. Finally, there’s evidence that there has been an ancient dialect called Kanuri, which has once borrowed a lot of Arabic words. This dialect later transformed into Hausa and also gave a part of the Arabic borrowings to the Yoruba language. These interactions between the languages happened as early as the 9th century.

Also, Yoruba dialects, which are spoken in Benin and Togo are different from the ones that can be encountered in Nigeria. The first regulations and rules for the Yoruba writing were invented in 1884 when a Yoruba bishop translated a copy of the Bible into this language for the first time. This dialect was treated as the canonic one and now it’s taught in educational facilities and used for the radio and television.

With the further development of the language, there appeared big and contemporary literature works that are known far and wide outside Nigeria.

It’s noticeable in the texts composed by DO Fagunwa who successfully used the magical world outlook from the traditional Yoruba literature pieces to create a specific atmosphere of fantasy. Such scenes usually grasp the attention of readers very effectively.