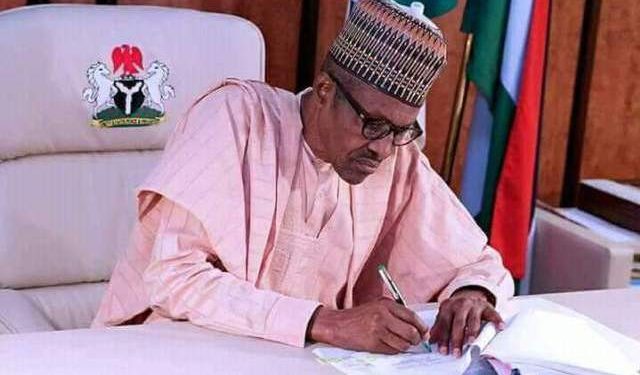 The unending permutations and enormous insinuations that former President Goodluck Jonathan would be favoured by certain forces to take over the reins of the country’s political leadership may have been overtaken by some legal formalities. President Muhammadu Buhari had indeed signed a bill prohibiting former Vice-Presidents and Deputy Governors who take over from principals from contesting a second term. From the details of the bill, such political appointees have the latitude to contest only once after completing the tenures of their bosses who may have left office unceremoniously.

Such abrupt exit of such principals could be precipitated by resignation, death or any other exigencies.  That was the case of former President Jonathan who had taken over from his boss, the late Umaru Musa Yar’adua who died in office as President. Upon Yar’adua’s exit, Jonathan served out his tenure and won another term as President, but lost out while seeking a second term to President MuhammaduBuhari.

President Buhari had signed a Constitution Alteration Bill Number 16 on June 7, 2018, disallowing any vice-president or deputy governor who succeeds his boss on account of death or resignation from seeking a second term in office.

The bill was then believed to have been orchestrated by the experience of former President Goodluck Jonathan, who after succeeding the late President UmaruYar’Adua contested elections twice.

The outcome of his crave for a second term sparked an unprecedented political divide across the two major contending personalities and their respective parties even as it heated the polity like a furnace as it marked the first time an incumbent president was defeated. Some interested parties went beyond the realm of politics to beat the drums of war as a result of suspicious inclinations that they had been cheated in the election which eventually produced Buhari.

The then National Assembly Liaison Officer, Ita Enang, while highlighting the essence of the bill noted that contesting and winning elections the second time would amount to taking an oath of office the third time.

Enang further highlighted that Buhari signed Constitution Alteration Bill Number 21 which authorises the conclusion of disputes arising from the nomination of candidates for elections before the general election.

However, what is taking up the political space is the proposition from certain forces including some influential persons from the North for Jonathan to return as President. This move many believe would appease the South which at the time, was seen as not being allowed to complete a second term when Jonathan was eased out of the Presidency in 2015.

Another issue that further fueled speculations that Jonathan was being put in line to take over from his successor, Buhari is his frequent visits to Aso Villa where most times he is captured behind closed doors with the President. He is also believed to have received the tacit endorsement of the President given his various diplomatic shuttles in and outside Africa. Particularly, as he has been active in the ECOWAS sub-region, mediating in conflicts and enhancing national prominence in the area.

Although no particular group has openly endorsed the ‘Jonathan for President’ move, political observers have made comments that there were underground overtures made to Jonathan to accept the option of returning to power.

Another concern however is, if Jonathan would have to cross carpet from the Peoples Democratic Party, PDP, to the All Progressives Congress, APC. He ran alongside the late Yar’adua when he was elected the Vice-President and subsequently the President when Yar’adua died. The other question that may confront him is his acceptability in APC by many party bigwigs from his zone among others who also have been angling to take a shot at the Presidency using the party’s flag.

Many have argued that it appears the APC may not have it difficult in receiving Jonathan who has been addressed somewhat as having the ‘body of PDP but living the soul of APC’. At a time, he was accused of working behind the scenes for APC in Bayelsa State. He has not come clear on any of these allegations.

It is indeed going to be a herculean task for those angling to prosecute a fresh tenure for Jonathan besides the clog already put by the bill stopping him from contesting after having served a first term when he took over from his principal Yar’adua. It is the issue of zoning which is a crucial factor in the two main political parties who have been sharing power at the centre since the emergence of democracy in 1999. Would the APC jettison its own power rotation formula to pick someone outside its accepted radar?

One scholar noted that zoning policy has really caused a lot of political instability in the country as a result of disagreement among politicians but in spite of that it still brings about development of democracy.

He noted that, “Recent pieces in the Economists highlights the system of zoning that Nigeria employs to alternate power between the North and South of the country”. According to the Economist’s, “Candidates are picked alternatively from the North and South behind closed doors and presented to voters in rigged polls. For many decades, presidential politics in Nigeria has been saddled with ethnicity or tribal politics, religious intolerance and more recently electoral malpractices, well meaning and patriotic elements in the polity had wrestled with the idea of the best formula that will guarantee peace and stability in the country. This was made possible by subsequent military regimes whose brand of leadership has no space for democratic systems. The zoning formula was therefore envisaged to enable northern and southern Nigeria to have an equal chance at producing the president during an eight year presidential cycle.

“The zoning formula was first adopted by the second civilian administration of Alhaji Shehu Shagari and Dr. Alex Ekwueme in 1979, during the first quarter of President Shagari’s second term, the military led by General Buhari truncated that regime, thereby making it impossible for southern Nigerian to experience the plan. During the consecutive 15 years of northern dominated military governance, the zoning formula was forgotten for the past ten years, beginning with Chief Olusegun Obasanjo’s civilian regime 1999-2007, and the administration of Umaru Musa Yar’dua and President Goodluck Jonathan in 2007 which saw Jonathan transmitting to president and contesting in 2011 as president.

The Peoples Democratic Party(PDP) had started dangling the carrot of the presidential zoning between the southern and the northern sections of the country. Advocates of presidential zoning often cite peace and stability in the policy as the main reason, but Nigerians must seriously ask themselves how zoning both presidential, down to even gubernatorial elections have been able to bring peace and stability (development), can zoning or a quota system produce the best leadership material suitable for development desperately needed at this critical time?”

However, given the antecedents of Goodluck Jonathan, who was born on November 20, 1957 and has earned two prestigious national honours, the GCFR, GCON. He served as President of Nigeria from 2010 to 2015. He lost the 2015 presidential election to former military Head of State, General MuhammaduBuhari, marking the first time inNigeria’s political history of an incumbent president losing re-election and conceding defeat. Prior to that, he served as Vice President of Nigeria from 2007 to 2010 and asGovernor of the oil-rich Bayelsa State from 2005 to 2007 haven taken over from his boss, DSP Alameisiyagha while serving as deputy governor, does he command the clout to return to office as president in the face of the daunting socio-economic and political realities that attends us as a country in a deft rebuttal of all the aforementioned constitutional and political roadblocks?