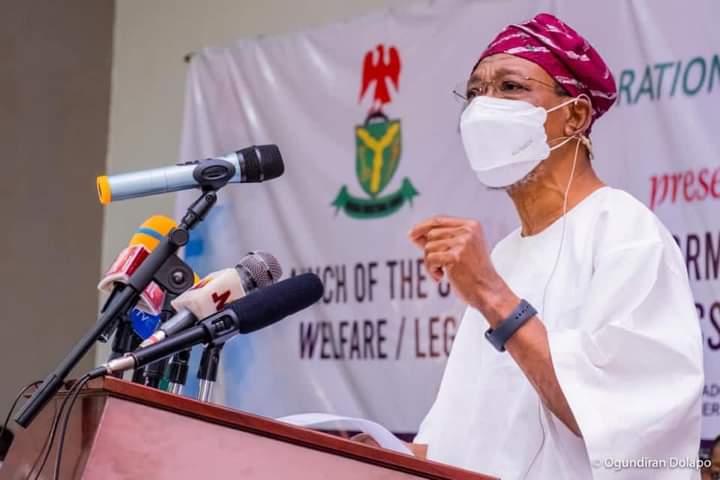 Interior Minister Rauf Aregbesola has advised Nigerian youths to engage in productive activities that can make them self-sufficient and gainfully employed.

He cautioned that being over-dependent on public and private institutions for jobs would not address unemployment in the country.

Aregbesola spoke at the grand finale of his stakeholders’ engagement for youths and women of Osun Central Senatorial District in Osogbo, the Osun State capital.

The minister had, in the past two weeks, held consultative meetings with various groups after kick-starting a stakeholders’ engagement across the state, following the directive of President Muhammadu Buhari as a fallout of the #EndSARS protests last October and its aftermath in some parts of the country.

A statement by the ministry’s Director of Press, Mohammed Manga, quoted Aregbesola as saying that the limited number of white collar jobs, especially in the public sector, was inadequate to cater for the teeming youths that are being churned out into the labour market on yearly basis.

This, he noted, had become imperative for them to look for other alternatives to become economically empowered.

The minister advised the youth to think creatively rather than wait endlessly for the government and private organisations to give with jobs.

He said his ministry had begun recruitment of about 5,000 Nigerians into the Nigeria Security and Civil Defence Corps (NSCDC).

Aregbesola stressed that only a few persons from each of the local government areas will get the jobs, compared to the huge number of jobless youths across the country.

He hailed Osun Central Senator Ajibola Bashiru for his developmental efforts, especially for empowering his people to make them self-sufficient.