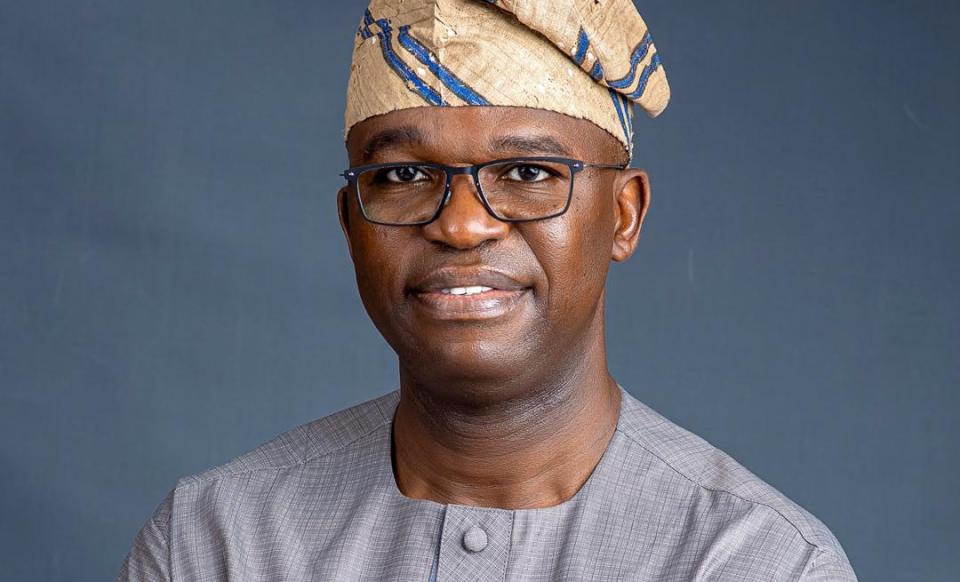 Tokunbo Abiru, candidate of the All Progressives Congress for the rescheduled December 5 Lagos East senatorial bye-election, has said he will prioritise the welfare of the people of Lagos East if elected to represent them in the red chamber, urging the electorate to vote for him.

The banker-turned-politician said this in a statement on Wednesday, titled ‘December 5 Offers Lagos East Fresh Hope’.

The statement reads in part: “Since my emergence as the candidate of All Progressives Congress (APC) on September 3, our campaign team has moved from local council to local council, community to community and indeed from house to house, presenting ourselves to the people of Lagos East and affirming the values, priorities and promises we intend to fulfill if elected the Senator representing the Senatorial District.”

Highlighting his background, the APC candidate promises to represent the Lagos East constituents well, while stating some of his ‘pro-people’ programmes.

“In all modesty, I have assured you all of a new dawn in the history of legislative representation in Lagos East. I have, equally, promised to represent the people of Lagos East with commitment, integrity and passion, leveraging all the political and social capital I have acquired over three decades as an economist, chartered accountant, commissioner for finance, bank CEO and most importantly as a proud son of Ikorodu; who grew up in Gbagada; attended public university in Lagos State; and has lived and worked continuously in Lagos for the past five and a half decades!

READ ALSO:  2023 & Successorship: 'Forget the pretence, APC will swim and sink on Tinubu (I)' - Iliyasu Gadu

“I have promised to establish and institutionalise an endowment fund to, within my capacity and resources, support the aged; protect the vulnerable; sponsor youth employability schemes; support women empowerment programmes and cater for indigent but brilliant students in all parts of the Senatorial District. I have done this as a private citizen and will sustain and enhance such pro-people programmes as an elected Senator from December 5.”

Abiru added: “I will consider it the greatest honour of my life if you, my people in Lagos East, find me worthy to represent you in the Senate on the platform of the APC. I, therefore, urge you all to turn out in large numbers on December 5 to elect me as the next Senator for Lagos East. The tenure of a Senator only lasts for a maximum of four years before he or she returns to the electorate for a fresh mandate.”

Run away Maina to be Extradited Soon from Niger Republic – Police