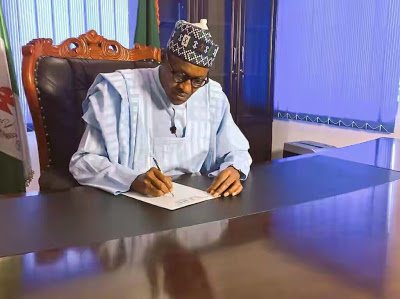 President Muhammadu Buhari has approved salary increment for men and officers of the Nigeria Police Force.

The salary increment, it was learnt, cuts across all ranks of the force.

The Inspector General of Police, Mohammed Adamu, disclosed this on Thursday during his visit to the Ogun State Police Command.

Adamu’s visit to Ogun State was part of his efforts to boost the morale of police officers after the attack on them during the recent End SARS protest.

While addressing officers of the command, Adamu urged them not to be demoralised by the attacks suffered during the protest.

He charged them not to be afraid of carrying out their duties as a result of the criticisms against them, saying no society survives without the police.

According to him, “The government has approved an extension of health scheme to retired police personnel. The police salary structure has been reviewed upward, affecting all ranks.”

He added further that plans have been concluded for the renovation of police barracks across the nation.

In his words, the State Commissioner of Police, Edward Ajogun, said the IGP’s visit would re-awaken the dampened morale of the police officers in the state.

Ajogun explained that, about seven divisional headquarters were vandalized in the state, while the DCO of Atan-Ota division, DSP Ogbeche, lost his life.

He added that the police in Ogun have since returned to their duty posts, saying it is their duty to protect lives and property. Daily Dispatch reporting for;‍