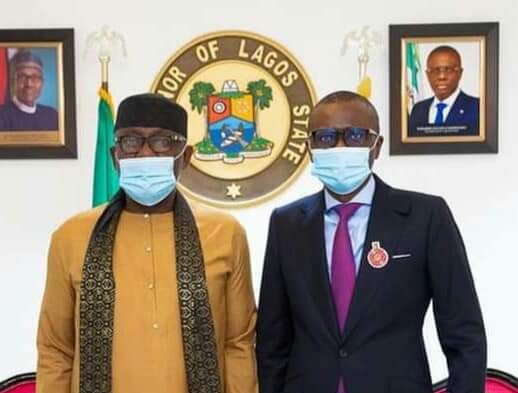 Should there be a prize for the Courageous Man of the Year, Lagos State Governor Babajide Sanwo-Olu deserves to clinch the honour, says the lawmaker representing Imo West District in the Senate, Sen. Rochas Okorocha.

The two-term Imo State Governor said Sanwo-Olu has displayed uncommon courage in attending to emergency situations occasioned by the twin crisis of Coronavirus (COVID-19) pandemic and the recent nationwide youth protests against police brutality of which Lagos was the epicentre. 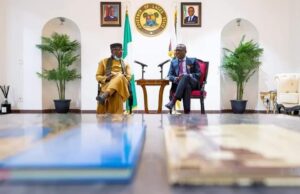 Okorocha spoke when he paid a courtesy visit to the Lagos Governor at the State House, Marina on Thursday evening.

The Senator said Sanwo-Olu demonstrated unique leadership traits when he gave an audience to the EndSARS protesters and identified with their cause by marching with the youths at the risk of his safety. This, Okorocha said, stood the Governor out as a listening leader. 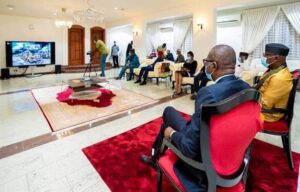 The lawmaker, however, condemned the violence that trailed the protests, saying the mayhem in which several public assets were destroyed had robbed the future generations of valuable inheritance.

He said: “I am here to commend the Governor for the manner he has handled the entire scenario. The courage he displayed and the proactiveness we all witnessed, even at the risk of his life during the EndSARS crisis. He came out and engaged the youths where the protests were most intense. This is a rare show of leadership. I must commend Sanwo-Olu for that.

“Despite that the violence left untold devastation in Lagos, the Governor has been toeing the path of peace. This is also commendable. The protest is a lesson for all of us; we must take the advantage of the outcome to rebuild and re-unite our country. I have no doubt that Lagos will come out of this stronger than it used to be, given Sanwo-Olu’s exemplary leadership in handling the issue.” 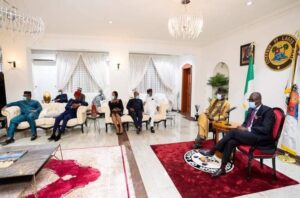 Okorocha cautioned against demonising the youths who led the protests, saying there was no reason to criminalise the protesters in spite the violence that trailed their demonstration. He said the protesters’ demands were in good faith and called on political leaders to embrace them as caring fathers.

Sanwo-Olu, who also suffered personal losses in the violence, said all efforts were geared towards rebuilding the State and heal the wound opened by the destruction. 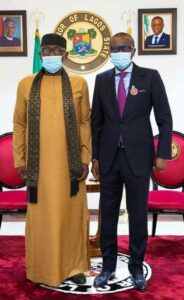 The Governor said the coordinated arson drew Lagos a few steps backward, but said the State would emerge from the situation better than it was.

He reiterated that he was still in support of the agitations of the protesters and would work with them to realise their five-point demands.Sanwo-Olu thanked the Senator for the visit, promising that Lagos would continue to be melting pot for all ethnic nationalities.