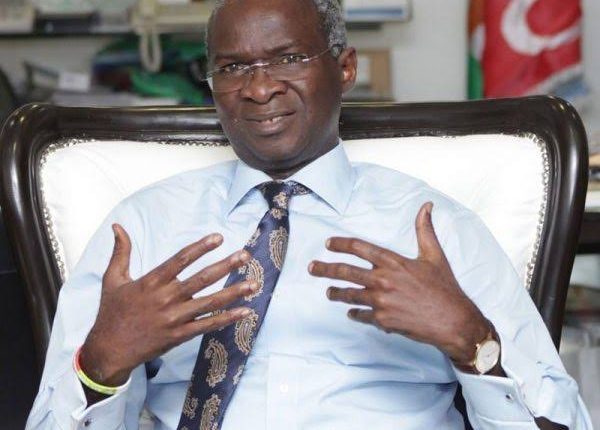 The minister of Works and Housing, Mr. Babatunde Raji Fashola, has strongly advised the leadership of the ruling All Progressives Congress (APC) to respect and honour agreement reached at the formative stage of the party ahead of 2023 election.

He also said that the opposition People’s Democratic Party (PDP) lacks the strength of taking over from the ruling All Progressives Congress (APC) come 2023.

He revealed this during a chat with newsmen covering the ruling party (APC Press Corps) in Abuja on Tuesday admitted there was an agreement on zoning which he said should be honoured.

When asked on the zoning arrangement, the former Lagos State governor said, “the truth is that what makes an agreement spectacular is the honour in which it is made not whether it is written. If it was written there would be no Court cases of breach of contract because it’s document that is written and signed that go to court. But the private agreement you make with your brother and sister should not be breached, it must be honoured.”

Though he argued that zoning may not feature in the party’s constitution but noted that party leaders at the formative stage entered into agreement which must be honoured.

On whether the ruling party can still retain its governing status come 2023, Fashola vehemently dismissed the opposition People’s Democratic Party (PDP) as no match to APC, arguing that they will have to think better to unseat the ruling party come 2023.

“Our opposition (PDP) has to think better than us in order to defeat us, right now they are not doing that. When it’s election time they should come and meet us.

“Some governors have joined us, from where we think we could not get voters before. To retain power in 2023, certainly if we keep our promises, people will vote for us. It is that simple, that is politics. If you do what you said you will do even if you don’t do 100 percent and they see that you are making progress, they will even want you to finish somewhat you started.”

He also called for support for the Governor Mai Mala Buni led Caretaker/Extra-Ordinary Convention Committee (CECPC) noting that the Committee was a product of necessity following the leadership crisis that engulfed the party.

“Let’s be ready to support one another, every support that the caretaker committee requires, we will provide if it is within our means to do so. At the end of the day, we are governed by rules.” The Nation reporting for;

Keep Promises, We Retain Power in 2023