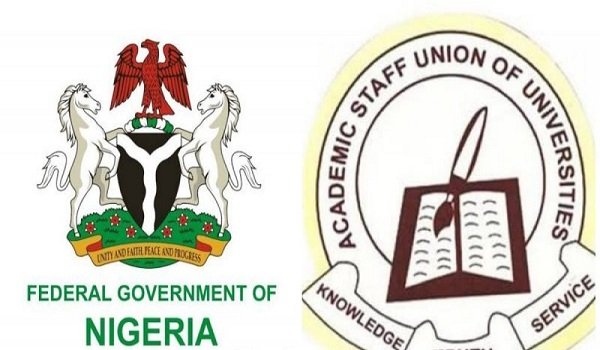 The Federal Government has said the Academic Staff Union of Universities (ASUU) is not exempted from enrolling on the Integrated Payroll and Personnel Information System (IPPIS) platform.

The government made the clarification in a statement issued by the Minister of Labour and Employment, Chris Ngige, in Abuja on Saturday.

The minister said the government was quoted out of context on the matter, saying there was no meeting where it was agreed that ASUU would be exempted from the IPPIS payment platform.

The minister explained that at the meeting with the leadership of the university teachers, government agreed that ASUU members that were yet to enroll on IPPIS would be paid through the platform with which they received President Muhammadu Buhari’s compassionate COVID-19 payment in the months of February and June.

He said that the platform was a hybrid platform between IPPIS and the Government Integrated Financial Management and Information System (GIFMIS), which he said is for the transition period, adding that no government payment would be done without IPPIS knowing.

He said that IPPIS and GIFMIS would be used in paying the university teachers for the transition period, while the University Transparency and Accountability Solution (UTAS) continues to undergo all the integrity test and cyber security test for confirmation to use.

The minister said: “The situation is that you need to get our communique to ASUU. I think it is better because a lot of people are quoting us out of context, saying that we abandoned the IPPIS and that we said they should not be on IPPIS. It is not true.

“What we said in the meeting and what we agreed was that in the interim, for the transition period, that UTAS is being tested by NITDA and the Office of National Security Adviser for cyber security.

“For those transition period, ASUU members that are not yet on IPPIS will be paid through the platform with which they were paid the President’s compassionate COVID-19 payment done to them between the months of February and June.

“That platform is a hybrid platform between IPPIS and MINPSI platform for the transition period. That was what was used. It is a hybrid. This is because no government payment will be done without IPPIS knowing.

“So there is a handshake between IPPIS and MINSI platform, and that was what was used in paying them for that period.

“So, we are going to continue with that until UTAS undergoes all the integrity test and cyber security test and it is confirmed for use.”

Also commenting on the new offer to ASUU, Ngige said: “The offer made is clear. You can understand it this way. Prior to the meeting of yesterday, Government brought an aggregate offer of N50 billion to ASUU, N20 billion for revitalisation to show good faith that government is still with them on the issue of funding for revitalisation and pending the affirmation of the new sources of funding public education.

“There is a committee on that and the committee is working on sourcing new education funds. It is a NEEDS (Needs Assessment) committee.

“So, pending that NEEDS committee effecting a new funding source and strategy, government offered them N20 billion for revitalisation apart from the funds that are coming from TETFUNDS that is also used for revitalization.

“They refused the N20 billion and said that they wanted N110 billion. And that N110 billion is 50 per cent of a tranche of N220 billion government said they don’t have that kind of money, and then increased that N20 billion by N5 billion to become N25 billion.

“And if it becomes N25 billion, the Earned Allowances will be raised to N40 billion immediate payment, making for a total of N65 billion for revitalisation and earned allowances in the universities.

“Government then said alternatively, ASUU can opt for the revitalisation to move up to N30 billion, while the earned allowances for all the unions in the universities will drop from N40 billion to N35 billion. That is the second basket offered them.