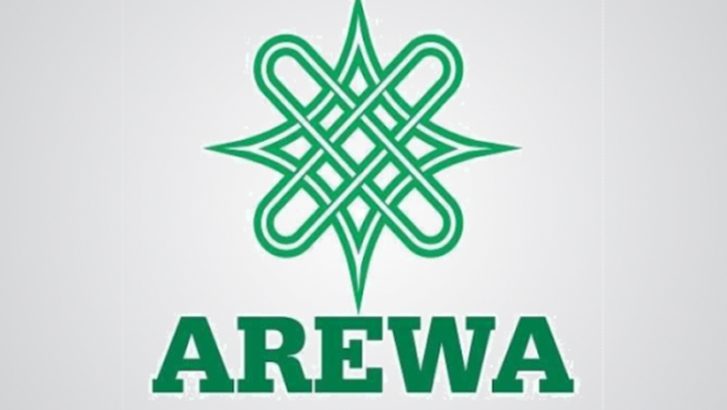 Who Will Rescue The North? BARR. BULAMA BUKARTI

It’s indisputable that northern Nigeria is today one of the most dangerous places on earth. While Boko Haram continues its rampage, launching deadly attacks in the northeast literally every day, criminal gangs in the northwest are operating with impunity. Attacks have become so frequent that the massacre of dozens no longer makes the headlines, much less capture the attention of those in authority. Just when you think things can’t get any worse, another incident proves you wrong. The slide into anarchy now seems inevitable. And very few of those who claim to speak for the North seem to care.

The past fortnight has recorded many different incidents that is, even in this era that seems not to view human life with any sanctity, unique. It started with a report by BBC Hausa that bandits have imposed ‘harvest fees’ of between N300,000 to N900,000 on farmers in some communities of Zamfara State. Those who are unable to pay are prevented from harvesting their crops, which spoil in the bush while they struggle to feed their families. It then emerged that these charges are also imposed by criminal gangs in Katsina, Kaduna and Niger states. Farmers in these states were forced to pay at the onset of the season to access and cultivate their farms. Now, their crops are ripe and they’re starving, but they can’t harvest until they incur more debts to settle the same gangs. If this isn’t a sign of a failing country, I don’t know what is.

Next came the devastating story of what 26 seized women and girls went through at the hands of the bandits. The governor of Zamfara State published a photo of himself with the victims on Twitter, claiming that they had been “rescued” after only one week in captivity, indicating that no ransom had been paid and that the victims were unharmed. Thanks to the investigative journalism of this paper, the truth emerged: the victims spent over three weeks in captivity, they were serially beaten and raped, including the children, and that their relatives paid N6.6 million to get them released. Parents said they sold everything they had including their unharvested crops, and incurred debts to raise the money. That a governor will use this tragedy as a photo opportunity, drawing praise for his inaction, is a monumental national disgrace.

But the climax came last Tuesday when BBC Hausa revealed that 12 assistant superintendents of police deployed from Borno to Zamfara have been abducted by bandits in the northwest. Yes, you read it right: a dozen police officers were kidnapped on duty at once. The wife of one of the officers told the BBC that her husband had called from the kidnappers’ den and instructed her to sell off their house for ransom payment. She said she knows eight other police families working to raise N800,000 each to pay the abductors. The situation is so ugly that the police can’t even defend themselves even in a convoy. If 12 senior police officers, with their training, experience and presumably weapons, could be kidnapped on a highway, what more of ordinary Nigerians living in remote villages? Worse still, the captives know very well that their institution is incapable of rescuing them. That is why they asked their families to ransom them.

Amidst of all this, the Minister of Police Affairs, Muhammad Dingyadi, insulted us by asking us to ignore the facts and fall for their propaganda. Responding to criticisms and concerns, including in this newspaper, he claimed that the bandits have been “degraded”. This is even as they hold a dozen police officers captive! His statement came on the same day 16 people, including the district head of Zangon Kataf were killed in different spots in Kaduna, and, two days earlier, nine French language students of ABU Zaria were abducted on the Kaduna-Abuja road. Dingyadi, who is himself a northerner, said all these attacks are “small” and “normal”, an indication that government isn’t bothered, and we should expect more. One is left to wonder if the minister’s opinion would’ve been the same if the victims were his family. I would bet my bottom naira that Dingyadi can’t drive from Abuja through Kaduna, Katsina and Zamfara to his native Sokoto.

But the minister is only following the example of other northern “leaders”. Earlier this month, the Northern Governors’ Forum hosted northern political and traditional leaders including the Senate President, ministers and the chairmen of Northern State Traditional Rulers led by the Sultan of Sokoto. They dedicated more than half of their 20-paragraph communique to condemning the #EndSARS protests, praising the government for its use of live bullets against unarmed protesters and calling for censoring the social media. The “leaders” of the North did not spare a single sentence for the bandits’ and terrorists’ depredations in the North. There was not one word of even the usual ceremonial sympathises for the victims, nor any encouragement of the government to do more to help. This speaks volumes on their priorities: they are more perturbed by well-founded protests against police brutality and Nigerians’ freedom of expression than the wanton destruction of the lives and livelihoods of their supposed constituents. That is because the former threatens their power and wealth while the latter affects ordinary northerners whose lives are worth nothing in their eyes.

But the facts and data don’t lie. They show that the bandits continue to get more lethal and sophisticated by the day. They have raised and continue to launder huge sums from ransoms which they use to stockpile weapons and supplies; they have effectively taken control of swathes of land in the northwest where they levy taxes and impose their law(lessness). From Benue to Borno, from Kaduna to Kebbi, the North is bleeding so badly. Northerners are killed like rats. Women and children are captured and violated freely. A presidency dominated by northerners keeps paying lip service. Our security agencies are clearly overwhelmed. Our political leaders are more concerned with their personal parochial interests; our emirs, imams, and intellectuals are silent; most of our youths are uneducated and many of those educated have been brainwashed, blackmailed or bullied into acquiescence. In this perfect conspiracy of silence, who will rescue the north from its dangerous descend?

Nigeria Must Be Counted Among Nations That Don’t Tolerate Corruption