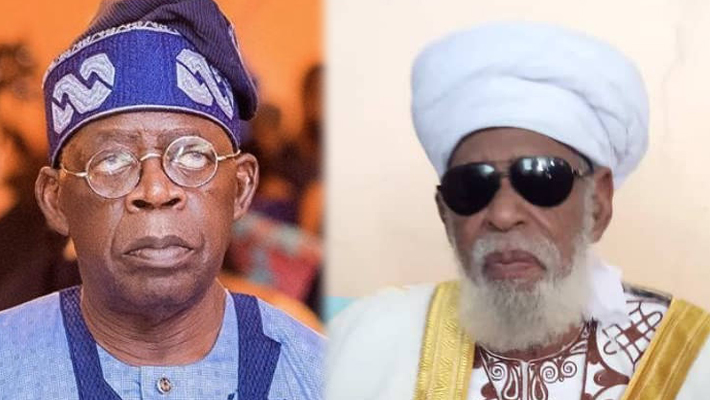 Mr. Usman said this at the launch of the biography and video documentary of the cleric titled,” Lisanul Faidha (Voice of Islam), on Sunday in Abuja.

The event was organised by Blue Bells Promoters in collaboration with the Arewa Next Step for Tinubu (ANEST).

“We picked interest in getting involved with the launch of the biography on Sheikh Dahiru Usman Bauchi because the person that inspired our group who is Tinubu shares a lot in common with the scholar especially as it concerns mentorship and philanthropy,” Mr. Usman said. ”The two personalities have come to represent detribalisation and builders of bridges across ethno religious divides.

While making his remarks, the cleric who is the leader of Tijjaniya Islamic Movement in Nigeria urged political and religious leaders in Nigeria to fear Allah and ensure justice and fairness to their followers irrespective of tribe or religion.

“The Almighty Allah has commanded all leaders from family level to district heads, local governments, right to the president to be just, transparent and treat their subjects equally to ensure sustainable peace,” Mr. Bauchi said.

The cleric also advised youths to seek knowledge because education plays a vital role in the development of individuals.

Prof. Usman Tar, Head, Centre for Defence Studies and Documentation, Nigeria Defence Academy (NDA), while speaking enjoined leaders to abide by ethical codes such as honesty, sincerity, empathy, and mercy for fellow human beings, especially the vulnerable ones in the society.

Governor Aminu Masari of Katsina State represented by an aide Muhammad Bashir at the event urged the younger generation to emulate the virtues of Bauchi especially his principles and devotion to Islam.