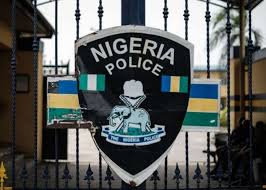 A former Inspector General of Police, Solomon Arase, has said that large chunk of police personnel in the country are being deployed to protect the elite and not the security spaces.

Arase, who bemoaned the decay and decline in professionalism in the Nigeria Police Force, disclosed that 50 per cent of personnel of the country’s police are protecting the political class and not the general populace.

The retired IGP also said that the problem of the Nigeria Police Force was not reforms, but lack of political will to implement reports of reforms done in the past.

Arase stated these in his contribution via zoom, to the second edition of the National Dialogue Series of the Political Leadership and Training Institute (POLA) powered by the former governor of Ogun State, Gbenga Daniel, held on Sunday, in Abeokuta, the Ogun State capital.

“We have about 400,000 police personnel in Nigeria and 200,000 of those officers are with the political elites. What we are doing in this country is that we are policing the elites. We are not policing security spaces and this is an issue we have to look into.

“The problem we have in this country is lack of implementation. Even if we set up another police reform committee today, the same issues, the fundamental issues bedeviling the police that we are talking about today will still continue. The government should take those four reforms, do an executive summary and implement the report”, Arase said.

In his contribution, Alapini bemoaned the failed standard of training facilities of the Nigeria Police Force, saying that most Police Colleges in the country are not fit for training professional policemen and officers.

Alapini noted that the environment in which police personnel are being trained is no longer desirable, stressing: “This is one of the major reasons for the poor state of the Nigeria Police Force.”